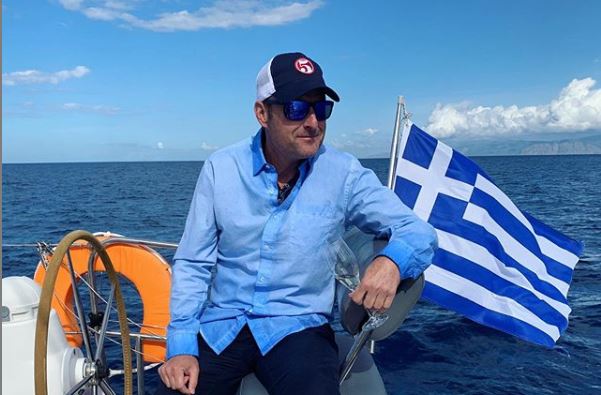 Last night at the end of The Bachelorette 2019, fans saw a preview for Bachelor in Paradise 2019. On this preview, it was obvious that someone gets into a physical fight. The cameras were pretty far away. This made it hard to figure out, but Reality Steve was able to find out the spoilers.

Who gets in a fight on Bachelor in Paradise?

Reality Steve went to his blog to share the news today about who gets into a fight. Christian Estrada and Nicole Lopez-Alvar will be off talking alone. They have a pinata with them and Clay Harbor wants to interrupt their time. Well instead of allowing it, Christian doesn’t want him to do it. Christian and Nicole did go on a date before this happened.

It turns that Jordan Kimball is back to try and find love again on Bachelor in Paradise. Well, he doesn’t care for the fact that Christian wouldn’t let Clay interrupt. He tries to grab the pinata, which turns into a fight as Christian grabs his arm.

Jordan and Christian end up physically fighting to the point that security has to break it up. They are both sent home and lose their chance to find love on Bachelor in Paradise.

Other Bachelor in Paradise spoilers

Reality Steve has already shared other spoilers for this season of Bachelor in Paradise. There will be three couples that end up engaged at the end of the season. It really does look like several people will find love this time around. Too bad Christian and Jordan didn’t get their chance. Jordan found love before and it didn’t work out. Now after this fight, he may never be allowed on the show again.

Several guys from Hannah’s season and a lot of girls from Colton’s season are going to be there. Hopefully, some of them get their happy ending this time around.

Are you shocked by who gets into a fight on Bachelor in Paradise 2019? Share your thoughts below. Don’t miss new episodes of BIP on Monday and Tuesday nights on ABC starting in two weeks.