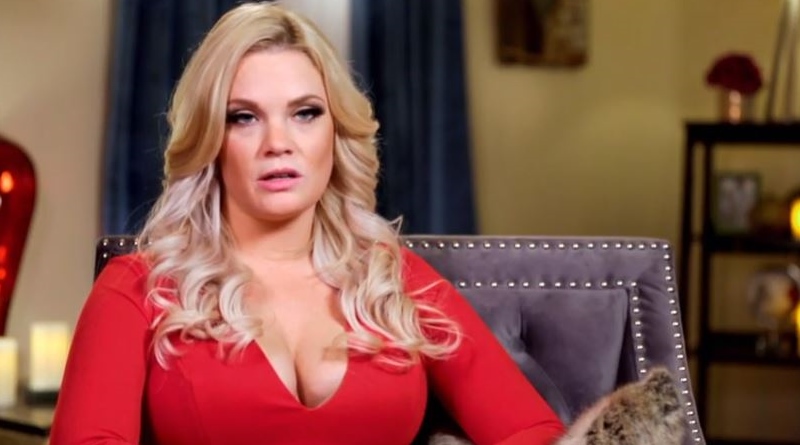 90 Day Fiance: Happily Ever After? wraps up and soon bring us the Season 4 Tell-All. This Sunday, we’ll see the first part of that show. During the season, a lot of drama revolved around Jay Smith, so no doubt we’ll hear more about that. It seemed almost impossible that this couple’s storyline could get even more complex. However, it did. After three chances, Ashey finally got over Jay and filed for a final divorce. Seeing nothing happening, fans wonder if she’s serious. However, it looks like the reason is that Jay wants half her property and won’t sign the papers.

90 Day Fiance star Ashley Martson opens up about her divorce

The story of the divorce from Jay seems to never end. Actually, Ashley filed several times and withdrew the papers. Now, Jay’s inside jail as he awaits a decision by an ICE hearing. That came after he allegedly violated a PFA order. For a while, rumors ran around that he was found innocent of that. However, Ashley posted on her Instagram Stories, a document showing a guilty verdict.

With Jay in jail and possibly facing deportation, the divorce issue could be a huge factor for Ashley. Apparently, it’s not yet finalized. Ashley took to her Instagram Stories Saturday night for a Q&A and answered a few questions in general. One of those involved the status of the divorce.

Jay refuses to sign the papers Ashley alleges, wants half her property

On her IG, one fan asked, “Are you even divorced?” Short and sweet, Ashley replied, “Nope. Someone won’t sign.” Of course, we can assume that’s Jay. This seems really weird, as Jay’s allegedly got another girl and has been unfaithful several times. If you can cheat on your wife, why not sign and get it over with? Perhaps Jay feels if he does sign then it will mean ICE can deport him a bit easier.

90 Day Fiance fans also asked Ashley why she gave Jay so many chances? However, she feels that’s one thing she can’t be smeared for. After all, after three chances, they can hardly say she never tried. On trust issues, she explained, “Once trust is broken, it could never go back to being the same.” It certainly looks like the relationship with Jay is fully over for Ashley. It certainly does not help that things could get messy if Jay does not sign the papers.

What do you think of Jay Smith allegedly refusing to sign as he wants half of all of Ashley’s property? Do you think he deserves it? Could this lead to a long drawn out and messy divorce in the future? Sound off your thoughts in the comments below.

Remember to check back with TV Shows Ace for more news about 90 Day Fiance: Happily Ever After?