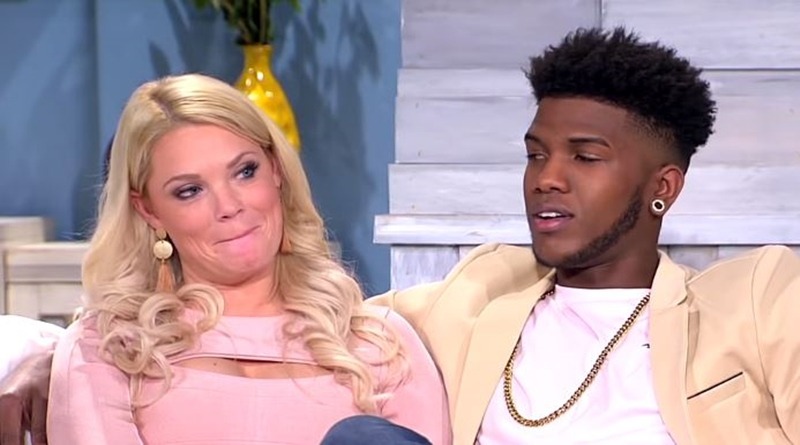 90 Day Fiance fans heard that Jay Smith got arrested after allegedly violating a protection from abuse order. The media explained that it came after he allegedly broke into Ashley Martson’s house. The police advised she file the protection order. She did, but he later breached the conditions. Next, the police put out a warrant for his arrest and he turned himself in. Now, he faces deportation and someone started a GoFundMe to help him with legal fees.

The GoFundMe, started by Kayla Ann O’Brien, claims that Jay’s life is in danger if he returns to Jamaica. They explain it, writing, “Jay fears for his life if he is returned to Jamaica…he is now seen as a traitor who has turned his back on his people.” She added, “they will assume he has money since he was in America and on an American TV show.” Kayla additionally noted, “that keeps him at a continuously high threat for his safety if he is returned home.”

The organizer tells 90 Day Fiance followers that Jay’s “innocent.” According to them, “The judge did release Jay regarding the social media incident and dropped the charge.” However, they added that he immediately went into detention. “Jay was immediately turned over to immigration enforcement and is being held in a jail cell as if he is a convicted criminal,” Kayla wrote.

Kayla feels that TLC “exploited” him. She wrote, “This young man has been exploited on national television and as any real person knows tv is always far from the actual truth. The sad truth, the shocking truth is not what people are seeing.” Kayla also noted, “Isolation like this strips a person of basic human rights and a makes a person go insane, he is innocent and he’s doing the best he can. Help this innocent, sweet, happy man fight for his freedom!”

The 90 Day Fiance star is also a victim of US immigration laws, she claims. Additionally, the organizer adds, “The disgusting part is how long the system will hold an immigrant before giving them the opportunity to appear in front of a judge. Innocent people sit for 3 months sometimes until they are given the chance to plead for their freedom. I do not want this for my friend. I have visited him and he is his upbeat and positive self as much as he can be right now but he needs our help.” She says that Jay needs $5,000 to get a good lawyer. They are asking for a lot to try to keep him in the country.

So far, the fundraiser brought in just over $300. However, one person said in the comments that they only donated so they could have their say on immigrants. One 90 day Fiance follower slammed at Nicole and Azan and ranted about Nicole’s daughter May. Another aimed a shot at Larissa Lima, formerly the wife of Colt (Coltee) on the show.

In fact, Larissa donated $25 to the GoFundMe, writing, “I believe Jay deserve a chance to explain to immigration about his situation and a chance to rebuild his life. Deportation and be hold by ICE is too extreme.” At this time, nobody knows what will end up happening with Jay.

Many people were so angry about the fundraiser and they let their feelings out. They felt if he violated US law, he should go home. What do you think about the GoFundMe for Jay Smith? Do you believe his life’s threatened if he returned to Jamaica? Sound off your thoughts in the comments below.