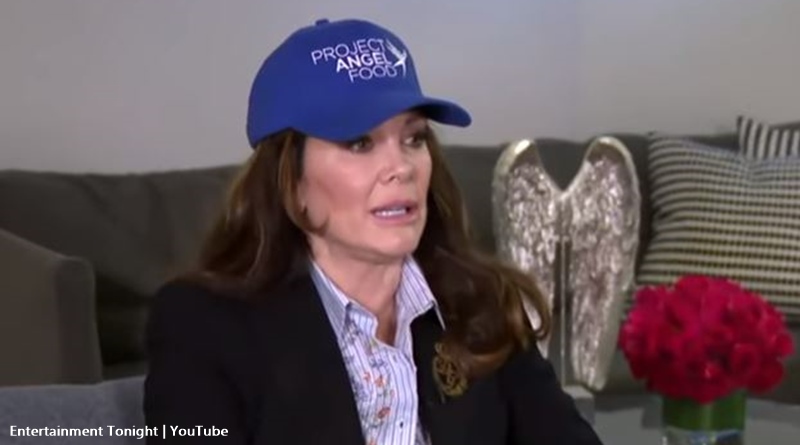 RHOBH Season 9 may be over but anger from Team Lisa rides so high as they feel Lisa Vanderpump was dealt with poorly. Things got worse after a post appeared on Reddit, supposedly shared from a post by Wendy Williams. Now, labeled “Fake News” with comments shut down, the post alarmed a lot of people. Nevertheless, Team Lisa fans latched onto it with fury, and attack Andy Cohen over the alleged ‘Puppy Gate’ leak by a Bravo Producer.

Lipstick Alley also carried the story and comments came in about various opinions on the alleged story by Wendy. They wrote, “According to Wendy Williams, She did some digging over at Radar and found out it was Kyle Richards and Bravo producer Alex Baskin who leak the puppy story.” They added, “So Kyle Richards was behind it. I always knew Kyle was jealous of LVP.” At least other outlets never mentioned the name ‘Baskin’ as it cannot be proven. However, on Twitter, it’s all over the place.

RHOBH‘s Andy Cohen rebutted the story, calling it, “Possibly the dumbest theory… ironically involving one of LVP’s biggest champions.” Hollywood Life picked up the story, writing, “Andy Cohen debunked a rumor about who really leaked that infamous PuppyGate story, as one fan speculated that Season 9 ‘wasn’t supposed to be about PuppyGate at all.’ However, Team Lisa fans won’t let it go and spew against Andy for “allowing” the season to hurt Lisa Vanderpump.

The drama from Team Lisa fans from RHOBH probably doesn’t help Lisa very much. As TV Shows Ace reported, after all, she still needs to work with Bravo. While she looks to take a bit of a step back in the next season of VPR, good relationships with Andy and other producers will surely be important to her. Actually, she also rebutted the story. On Twitter, when people started arguing to the validity of the story, Lisa replied as well. She posted, “I don’t believe that to be true either, for the record.”

It looks like Lisa Vanderpump won’t stir up any more trouble against Andy Cohen and Bravo. After all, she’s very much the type of person to say her mind. Maybe Team Lisa fans should let it go now. This type of drama places her straight back in the center of something she’s trying to move away from. In fact, the last thing Lisa needs now from RHOBH fans is more stress. They might think they are doing her a favor, but maybe letting it go now would be best for Lisa.

I don’t believe that to be true either,for the record.

Some of the attacks on RHOBH‘s Andy really come across as vicious. Here are just a few comments that attack Andy:

On Twitter, there are many more horrid accusations against Andy Cohen. However, voices of reason also point out the original post looks like it was written by a teenager. Lot’s of exclamation marks and caps does not seem the right style for Wendy. These days anyone can make up so-called screen-capped texts, after all.

What do you think about Team Lisa attacking Andy Cohen over the alleged ‘Puppy Gate’ leak by a Bravo Producer? After all, it’s not like Reddit‘s the top-most trusted news website in the world? It seems more of a rumor than anything else. However, does Lisa Vanderpump really need to be thrown back into a stressful situation by her own supporters? Would it be kinder just to let it go so she can find herself again? Sound off your thoughts in the comments below.