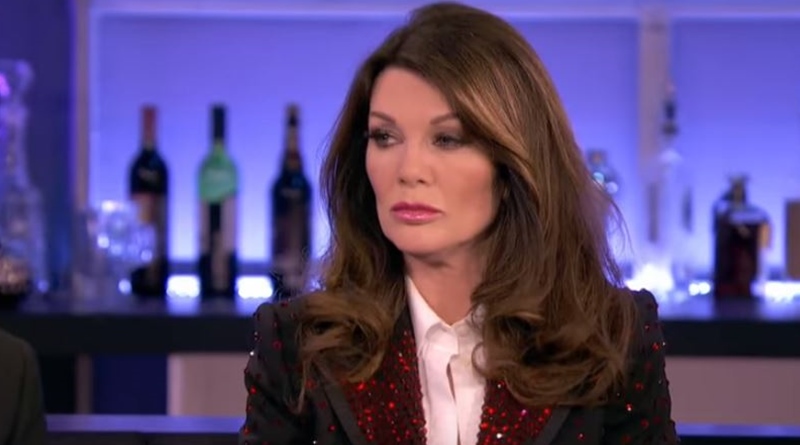 Vanderpump Rules fans got used to seeing Lisa on the show. Of course, Lisa Vanderpump is also featured on Bravo’s Real Housewives of Beverly Hills. However, she already said she’s out of another RHOBH season. Fans of Lisa on the RHOBH show felt that at least they could still catch up with her on the VPR show. However, it seems they may be disappointed. Rumors say next season she’s taking a step back in Vandperpump Rules as well.

The news that Lisa intends to appear less on Vanderpump Rules came from Hollywood Life this week. The news came tucked in at the end of their article about Jax Taylor inviting James Kennedy to his 40th birthday party. The outlet said they spoke to an inside source. They said, “You… won’t see Lisa Vanderpump as much as previous seasons — she’s been filming a lot less, mainly because she’s so busy with Vanderpump Vegas and Vanderpump Dogs. Plus, she really wants to open a new restaurant or have a plan in place this year.”

That’s not going to thrill the fans of Lisa who watched RHOBH. In fact, on Twitter, people already mentioned that at least they could still see her on Pump Rules. It brings them some comfort. As one angry follower tweeted to Bravo TV, “@LisaVanderpump was treated like cr*p this year – sign a contract to adopt & return if it doesn’t work out – you don’t & the owner gets trashed?!? Honestly – so done with this show. Long live Vanderpump Rules!! RHOBH is dead to me!” Well, there’s one follower who won’t be happy at the news Lisa’s going to feature less on VPR!

Lisa – off RHOBH and less of her on Vanderpump Rules

Of course, news about Lisa being even less involved’s likely to break those fans who love her. Actually, of all the Bravo fans, Team Lisa’s probably the most vocal in support of their “queen.” One user wrote rather desperately on Twitter, “Can we please just give @LisaVanderpump her own show?? Not the pop-ins on Vanderpump Rules. A whole hour-long show about Lisa, even if she never left Villa Rosa it would be better than #RHOBH. #teamlvp #longlivethequeen.”

However, the decisions to step back and focus on other things may totally be a choice that Lisa made for own well-being. The drama on Vanderpump Rules at the Reunion made her weep and go off to compose herself a bit. That came when Jax Taylor and James Kennedy almost came to blows. Plus she dealt with the incessant stress of the RHOBH women ganging up on her over “Puppy Gate.” Being stressed and bereaved by her brother Mark’s death made her sad and rather fragile. Now, with her mom recently passing, maybe she needs to focus on herself, rather than on her fans.

Can we please just give @LisaVanderpump her own show?? Not the pop-ins on Vanderpump Rules. A whole hour long show about Lisa, even if she never left Villa Rosa it would be better than #RHOBH. #teamlvp #longlivethequeen @Andy @BravoWWHL @BravoTV

When Lisa returned from her mother’s funeral in the UK this week, she posted a photo of dinner. She captioned it with, “So nice to be back at home…dinner with family and friends in the olive grove 💕.” The beautiful setting showed the kind of scene which invites pictures of good company, relaxing surroundings, love, and laughter. These are all things Lisa could use right now.

So nice to be back at home.. dinner with family and friends in the olive grove 💕

What do you think of the sad news that it looks like we’ll see less of Lisa on Season 8 of Vanderpump Rules? With nothing to see of her in the next season of RHOBH, will you feel even worse about it? However, she interacts with fans on her social media, so you can always catch up with her there. Every now and then, she posts funny clips of her day to day life at Villa Rosa. Sound off your thoughts in the comments below.