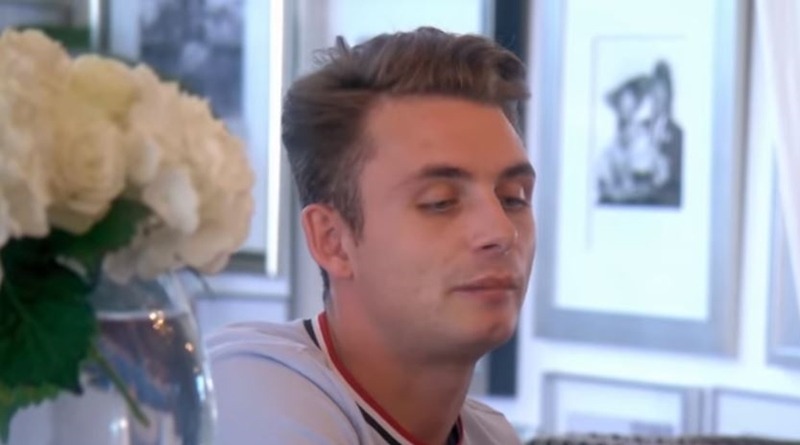 The Vanderpump Rules reunion saw James Kennedy slap in the center of what looked like a ganging-up takedown by most of the cast. In fact, much like Lisa Vanderpump in RHOBH, almost all the cast turned on him. Fans of the show know he had his fair share of drama this season with the fat shaming of Katie Maloney. Plus, sparks flew over James and Jax Taylor about cheating. While a few people did weigh in on his side, Scheana Marie said very little. Now, she said that she’s sticking up for him.

Fans of the Bravo show saw during the reunion that Ariana Madix and Tom Sandoval didn’t tear into him so much. Plus, Raquel Leviss stood in his corner. If you don’t know, Raquel’s James’ girlfriend. Tom raised his hand to stand for James as he felt Katie Maloney’s a bully. Actually many fans agree that she is a bully who doesn’t like it when she’s on the other end of it.

The rest of them, Jax Taylor leading much of the charge, got into some terrible squabbles over James. At one point, Andy Cohen stepped in to separate them. Lisa V went outside for composure, but when she tried returning, the bickering and take-down still continued. It was almost hard to watch James, even though he’s not a fan-favorite. Notably, Scheana Marie, seated right next to James, said almost nothing at all.

Entertainment Tonight spoke to Scheana about her silence during the reunion, and how she felt about James. It turns out that she agrees that James did “hurt a lot of people” but she added that she’s “not one of them.” However, while she understands why some people are upset, ‘”Sometimes it’s better to not say anything. I have nothing personally to do with this, so why am I going to yell just to get camera time? It’s not my thing.”‘

Scheana added that she just really want to stay away from ganging-up unpleasantness. That’s because she says she’s the person “who wants everyone to be friends.” She also noted that she’s “friends with everyone, and…always in the middle.” Well, this season she was kind of neutral but it didn’t look like everyone was holding out to be her best friend.

James Kennedy has a place on Vanderpump Rules, says Scheana

That’s nice of Scheana to say that. Plus more recently, James even said that he and Lisa Vanderpump get along okay at the moment. He certainly could use some allies and friends in the future.

What do you think about Scheana Marie sticking up for James Kennedy? Do you think she’s very mature about the whole thing? Or is she just avoiding any controversy by wishing to remain friends with everyone? Shout out your thoughts in the comments below.