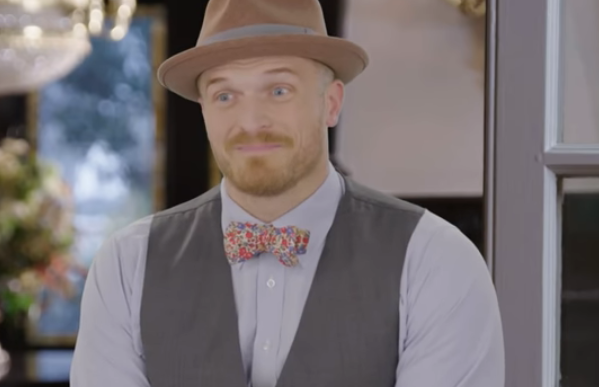 Jeff Charleston is nice to Reece Thomas’s face and shady behind his back. The Southern Charm New Orleans Star divorced from his wife in 2018 according to Married Biography.  A lot of fans were shocked when his ex, the equally popular Reagan Charleston, moved on quickly.

Why Did The Southern Charm New Orleans Stars Split?

On Cheatsheet an article stated Reagan took to Twitter to say they were hiding a lot on the show. She stated being together stemmed, “constant volatility and turbulence at home.”
She also had to defend herself against those who said she was a gold digger leaving when things got tough. Reagan let everyone know she had her own business and money.
This refers to when Jeff Charleston found out his mom had been stealing money from him. According to a clip on Bravo TV from Southern Charm New Orleans, he stopped talking to her and their family cut them off.

What Did Jeff Charleston Say About Reece Thomas Behind His Back?

Reece Thomas and Reagan Charleston were college sweethearts. She found it easy to go back to him after her divorce. On the show according to an article on Cheatsheet, Jeff told Reece they just needed to have mutual respect and everything will be okay.

It wasn’t until an interview where he said, “Reece seems to drink a lot, and obviously I drink a lot and run, but not that often. He had a gambling problem.”

In an interview with AfterBuzz TV, Jeff opened up a bit more about the end of his relationship which played out on Southern Charm New Orleans. When asked if Reagan cheated on him he said absolutely not. He said he knows she didn’t cheat because Reagan can’t keep a secret. He mentioned her immediately telling everyone she was pregnant.

She didn’t wait a long time, but it wasn’t cheating. He said she can’t be alone.  The Southern Charm New Orleans star ended the thought by saying if they love each other and are starting a family good for them. He wants to be happy for her, but he just can’t help himself.

When the hosts ask if Reagan downgraded he said, “he used to wear his mom’s clothes and he’s not afraid to share it. He says he doesn’t have to say it. The hosts both said they’d take that as a yes.