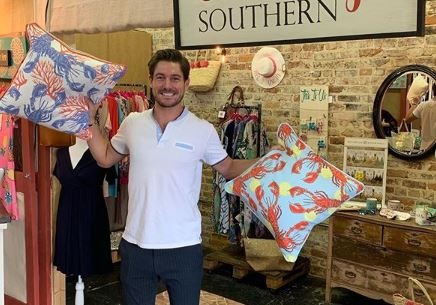 Craig Conover from the reality show Southern Charm has a passion, and it’s to sew. While it isn’t something men often are passionate about, he doesn’t care if he gets teased. Conover is breaking through the belief that women should be the only ones who care about sewing. He’s stated, “it’s not just for grandmas, even though they’re great at it, anyone can sew.”

How Did The Southern Charm Star Get This Venture Get Started?

The lifestyle brand Sewing Down South started as an online-only venture and quickly grew into a larger project. When he was able to get into his first store, Swanky Southern, his pillows sold out according to an article on Bravo TV’s website. 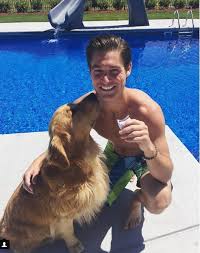 Craig’s Southern Charm co-stars haven’t been shy about teasing him when it comes to the way he dresses and his love of sewing. Cameran Eubanks, Whitney Sudler, and Shep Rose judge everything he does; however, he doesn’t let their teasing get to him.

Craig said in the Bravo article he, “might be able to help others out there who are doing something ‘uncool’ and want to pursue it.” A lot of people thanked him for sticking it out and doing something he felt passionately about.

Craig Launched On April First But It Wasn’t A Joke

In a different Bravo TV post, Craig took fans of Southern Charm on a tour of the sewing room he set up in his house. At that point, he knew he was going to start a business saying he had been making gifts for friends until that point.

He went from focusing on law school to collaborating with Patricia Altshcul on pillowcases. Those particular designs have dogs and cats enjoying cocktails.

Southern Charm Can Be A Stressful Experience

An article on Cheatsheet says there was a lot going on in the lives of the Southern Charm stars. It was why Craig got more into his stress management with sewing. It also helped him get over his breakup with Naomie Olindo.

When asked if the reason for the breakup was the sewing. Naomi said, “it wasn’t the sewing. It was the fact he used the sewing to procrastinate and not get other things done. He’d sew all night instead of taking care of important things.”

Craig seems to be doing well with his company now selling out in an hour after launch. If he continues to stick with it, he should be very successful being a business owner.