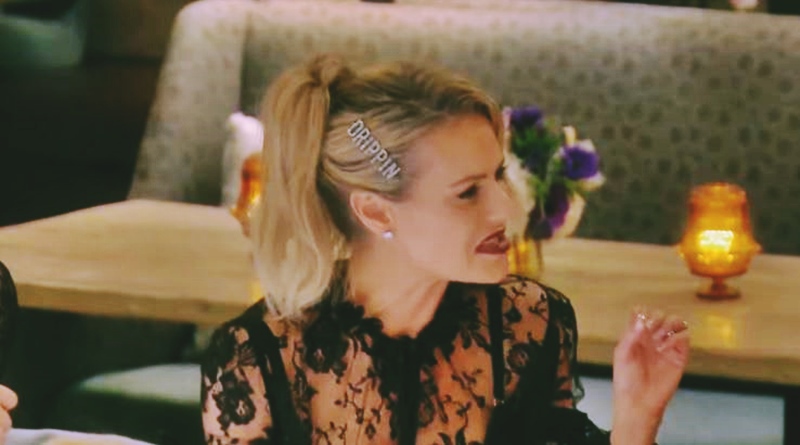 RHOBH fans await the reunion which starts on Bravo this Tuesday.  Ahead of that, Dorit Kemsley’s birthday came along, and she posted up a video slideshow from her husband PK. Jon Yates, social media guru, also posted about her birthday and that got fans talking about the barrettes she loves wearing. Over on her IG, it seems Dorit’s still has a lot of fans who love her. However, Lisa Vanderpump (LVP) fans diss her over the ‘puppy gate’ scandal.

Over on her Instagram, Dorit posted a slideshow video from her husband, PK. She captioned it with, “Birthday appreciation post! Even though the internet says I’m born on July 16th, today July 14th is my actual birthday! Waking up to this beautiful post from my husband @paul_kemsley_pk and my two munchkins saying “happy birthday mommy, we love you so much” already made my day!” Lots of fans wished her well, but LVP fans were not impressed. Lots of them said they’ll never watch the show again as the cast ganged up on her.

Well, while many fans stay loyal to Dorit, LVP fans simply won’t forgive her over the ‘Puppy Gate’ scandal. The reunion’s coming up, and Lisa Vanderpump probably won’t be there. That’s because she went through a terrible season. TV Shows Ace reported on Lisa after Kyle Richards accused her of lying. That seemed a major turning point for the RHOBH star. We wrote, “The fallout of Kyle Richards confronting her, believing she leaked Dorit’s dog ending up in a shelter, to Radar Online reminded her of friendships. She said that when people are there for you, holding your hand during hard times, that stands out. But if people aren’t there, then she thinks, “you realize you can possibly do without [them].”

Jon Yates also noticed Dorit’s birthday. He shared an older picture that Dorit posted to RHOBH fans on her IG in early June. It’ the one where the barrettes spell out, “Boss feeling vibes,” and “damn dripping boss.” Anyway, Jon captioned it with, “It’s @doritkemsley’s special day – May your birthday be blessed and your barrettes be bountiful.” The subject turned to the reunion. One fan noted, “I actually liked this look for the reunion. It was over the top just like her *ss…”

However, Team Lisa fans were not so thrilled and one said, “I thought Dorit was cool till I heard she refused to accept that LVP didn’t leak the story. Now I can’t stand Dorit. So done with all these A**holes!” Another noted, “She’s a terrible person who doesn’t care about dogs! I cannot stand her 🤮” Meanwhile, another posted, “team LVP for LYFE.” Another notable comment was, “She should never have another dog. Two dogs, both nipping her hyper spoiled kids. Teach your children how to behave with an animal you idiot loser, and liar.”

Remember to check back with TV Shows Ace often for news more news about RHOBH.