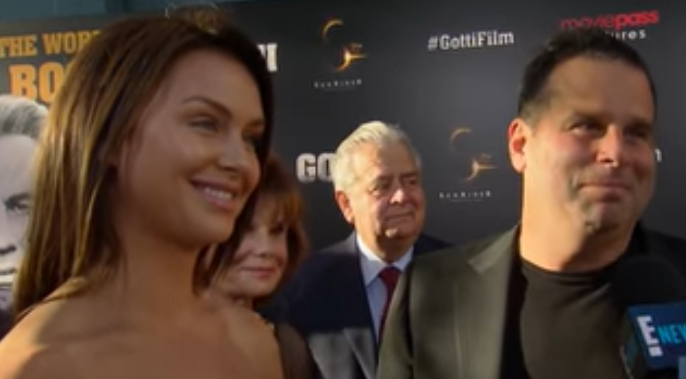 If you look at Lala Kent’s Instagram account, you’ll only see three pictures of her fiance. You’ll see a picture of them kissing under fireworks and one after working out. You can also see a picture of them at Vanderpump Rules co-stars Brittany Cartwright and Jax Taylor’s wedding. Understandably when someone deletes their significant other there’s something wrong.

Why Did The Vanderpump Rules Star Delete All Her Fiance’s Pictures?

That’s not the case this time. Lala Kent posted to Instagram and explained why she deleted the pictures, “in a moment of anger.”

She said she was, “feeling protective and people were hurtful.” She stated, “I get it, it’s what I signed up for, but he didn’t.” The Vanderpump Rules star goes on to say all the things people were saying weren’t fair to Randall Emmett, who she’s been with for three years.

An article on Cheatsheet says this is not the first time Lala has fiercely protected film producer, Randall. He doesn’t appear on Vanderpump Rules and that’s often something Kent has clashed with her co-stars over. Still based on her rant to Instagram, she clearly doesn’t care what anyone thinks. When they were first dating she didn’t even mention his name to keep his identity a secret.

Despite not being on the show, an article on Celebrity Insider has Kent saying, he’s obsessed with the show. She says he’s seen every episode and lives to look for dirt on the internet. She just begs him not to watch it. Reportedly a lot of the Vanderpump Rules cast resents that she gets a pass on her love life. They all show their love life on the reality show.

In an article on Bravo TV back in December, it was revealed Lala Kent met Randall at SUR. SUR is one of Lisa Vanderpump’s restaurants. Randall sent his assistant to get her manager’s contact information. He wanted to put her in one of his films and the rest is history. She says he’s so much like her father, she’s dubbed him “daddy husband.” Lala says her father treats her mother like a queen and he’s perfect for her. These two will be getting married soon.

Since those three pictures and the statement have appeared it’s probably safe to assume she’s going back to normal. The Vanderpump Rules star’s Instagram should show pictures of their happy life together.

Don’t miss Vanderpump Rules when it returns to Bravo with new episodes.