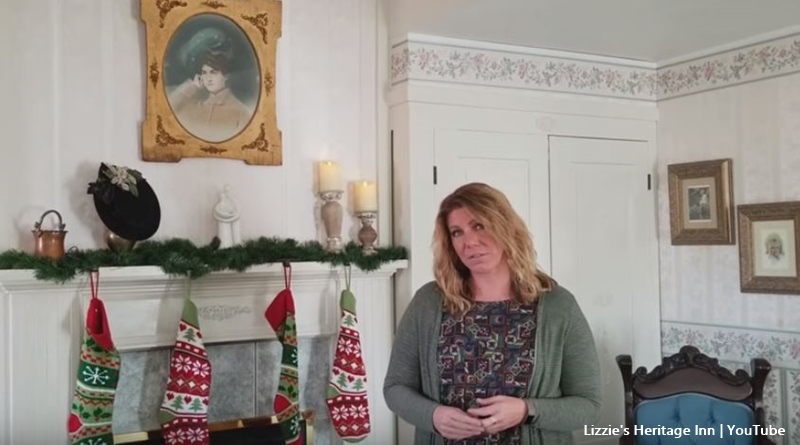 Sister Wives fans know that Meri Brown raised funds to purchase the old family home. During the last season of the show, we saw Meri excited about acquiring the property and she turned it into a B&B. The Lizzie’s Heritage Inn got it’s own Instagram account, providing one more place to keep up with Meri. Now, her sister, Elaine Barber Jenson, shared an amusing photo of the Inn.

Merri’s tuned the property into a lovely historical Inn. TV Shows Ace reported on it a while back. We wrote, “Kody initially said “no” to Meri getting a loan, after teasing her with the possibility she would. Actually, he looked a bit shocked when she raised the funds without him. However, note that he then tries to say that it was his idea all along that she should try and do it on her own.”

In another article, we noted, “Lizzie’s Heritage Inn, situated in Parowan, Utah belonged to Meri’s family. Actually, the name comes from her great-grandmother, Lizzie. In the late 1920s Lizzie lived there, and today many of her possessions decorate the walls. Reviews show they enjoy the historic home and the yummy food on the menu.” Nowadays, we often see photos of delicious meals and charming displays that Meri posts to Sister Wives fans.

Taking to her Instagram late Saturday night, Meri’s sister, Elaine shared an amusing photo. It looks like Meri’s visiting the Inn at the moment. Possibly, they do some work to the gardens, as the scene shows a garden pergola. Standing around, we see Meri, Bonnie, some kids, and a few other people. Elaine captioned the photo with, “One person to mix cement the rest making sure it’s done right 😁”

That’s so often the case, isn’t it? Lots of bosses, one worker! Actually, now known as The Pareto principle taught in business management courses, it’s also known as the 80/20 rule. In other words, in the workplace, about 80 percent of the work gets done by roughly 20 percent of the people. Of course, the same law’s applied in other areas of productivity, such as in goal setting. In Elain’s photo, it’s obvious Meri of Sister Wives is the boss, the others show some interest, and one person works!

Meri shares what else she is doing

Meri Brown has shared a bit of what she is doing at the Inn as well. It looks like they had a fun time making a chocolate cake. She also took a fun road trip to St. George. It really looks like she is enjoying her time there.  She even has breakfast out on the porch.