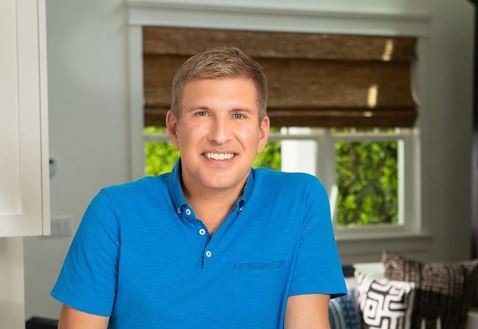 A look at Todd Chrisley’s Instagram will show you he’s on crutches! The star of Chrisley Knows Best talked about the reason on the podcast he shares with his wife Julie Chrisley, Chrisley’s Confessions. He starts out by telling the audience that he fell and then launches into the tale of dramatic woe he’s known for.

He had started to run from the pool house to the main house in the rain. Todd slipped on the stones around the pool and fell. He realized he couldn’t move. When his six-year-old granddaughter Chloe saw him from the window, she ran out and sat down with him. He sent his granddaughter for Julie Chrisley and when she reached her husband he had crawled across the stone to the door. 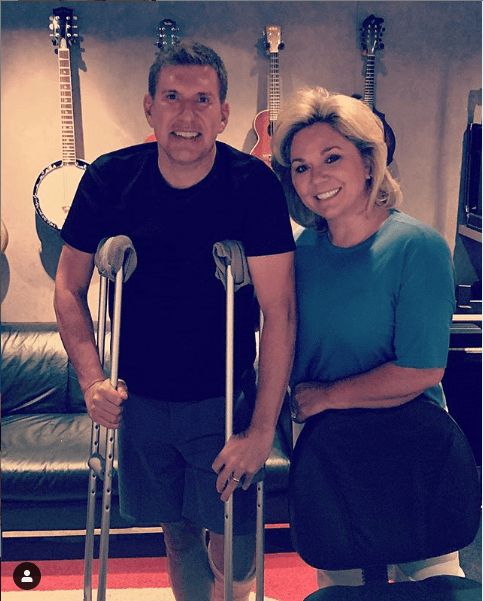 Chrisley’s Temple Had Been Violated

Julie was trying to remain calm as she helped him into the house. When she placed him in the bed she could see the bulge where the bone was sticking out. She didn’t want him to freak out, but he interrupts her saying I had a broken bone!

When his wife told him he didn’t know that, he responded he knew his, “temple had been violated and his body was telling him.”  Todd Chrisley said he had never broken a bone in his life and the only procedures that had been done to him were Botox and fillers.

Being on Chrisley Knows Best Paid Off for Todd Chrisley

They went to the walk-in clinic and he stated that though he is a private person, he was very glad the people there watched Chrisley Knows Best. He milked it making sure to cry hard so he could get back right away. They told him he broke his fibula, and he responded with, “what the hell is that?”

The break was so bad he ended up having to have surgery. It consisted of a steel plate and eight screws in his leg. He’s very worried about the scar and has been looking into a laser treatment it to make it fade. Chrisley said he is in horrible pain when he puts his leg down. Aside from his kidney stones, it’s been the worst he’s ever felt. When he keeps, it elevated he says it’s not so bad. He was surprised they gave him thirty oxycodone. Julie said she thought the pills would make him sleep, but they didn’t even affect him. They made the switch to OTC drugs and dumped the oxy down the toilet. Chrisley told the doctor they could keep their pills because they didn’t do anything for him.