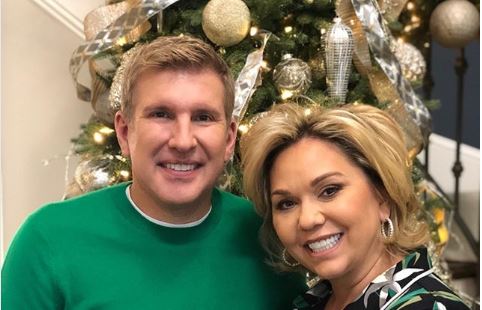 Todd Chrisley from Chrisley Knows Best is getting ready to turn the big 50. Fans and viewers who have watched the show know that Todd is a very good dad to his children and even his granddaughter Chloe that they raise. He seems to be equally close with them all regardless of their age. Todd’s mom had some advice for Todd regarding the kids and he’s actually taking it, which is shocking to all fans. He states he needs to “make amends” for the time he didn’t spend with his kids.

Todd Chrisley talks before his birthday

“Turning 50 is kicking up some emotions that I haven’t dealt with,” he admitted. Todd Chrisley then said, “Maybe things I could have done a little bit differently, like with the kids in certain situations.” The husband stated that he needed to make up some of the time that he lost with his kids while working, “As hard as it is for me to say this, I’m getting ready to be 50, and I do feel a little bit of guilt, because when y’all were young, I may have missed some things because I was too busy working.” Fans do have to say that they think the reality show star did just fine raising his kids.

I'm not sure I really wanted the answer to that question LOL. Catch up with this season of #ChrisleyKnowsBest online or On Demand!

Todd was a great father

The Chrisley father took his son Chase to race cars and his daughter Savannah to ride horses. He still has a bit of time left with another son, Grayson. Regarding his extra nice behavior, his kids didn’t take it in a good way at first. “Him getting all sentimental recently is just rubbing me the wrong way,” Savannah explained to the cameras. Chase added, “Yeah, I don’t trust him.” They then realized he was actually just doing it out of the kindness of his heart. “My dad only acts the way he does because he wants to spend time with me, and I realized today how much I want to spend time with him too,” Savannah revealed.

If you follow Chase Chrisley on Instagram you’ll see that he has a love interest that seems to be getting pretty serious, how cute! Chase is now dating Lindsey Merrick. The fans who love Chase are very happy and proud of him to see him step up and have commitment. Savannah Chrisley seems very happy with her boyfriend Nic Kerdiles. Todd Chrisley even approves of them both.