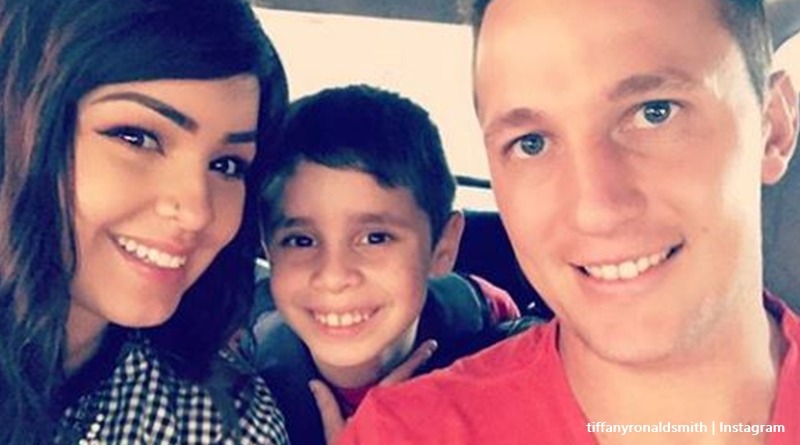 90 Day Fiance: The Other Way stars often get trolled but Tiffany and Ronald usually attract less than their fellow castmates. However, Tiffany may look radiantly feminine and attractive, but that doesn’t mean she can’t bite back. In fact, she gave it straight back to a troll on her Instagram who suggested she’s a “dog.”

Tiffany posted up a lovely photo of her wedding dress fitting. Of course, she looked so pretty. Really, this is one beautiful and devoted mom to her son Daniel. Lots of people commented on how attractive she looked. Of course, some of them asked if she married yet. Obviously, Tiffany’s under contract and can’t answer. Then out of the blue, one troller appalled fans of the 90 Day Fiance star.

The commenter said, “What type of dog is this?” Note, the word used is ‘dog,’ a slang word for ‘worthless.’ They didn’t use or mean the friendly version of the slang word ‘DAWG,’ either. Tiffany almost instantly responded, saying, “raging b*tch be careful she bites.” But that got appalled fans telling off the troll as well.

90 Day Fiance fans of  Tiffany quickly defended her. One of them, @avotjie, who seems to be her man Ronald or at least part of the family, responded. Angrily, they said, “wtf how dare you? Is it jealousy? Or what? Shut rather up in my eyes you are officially a c*nt don’t comment if you can’t say something nice why do you even follow? To be rude AF [I won’t allow] that! Another post said to the troll, “typical! Your IQ must be low sorry for that must i draw you a little picture…”

Tiffany responded to him, saying, “get em papi getemmmmmm.” She also appreciated other people who stood by her. Then, she told the troll, “lol I don’t think u understand no one cares about what you have to say sad little guy [you’re] lonely and mad, bye.” Plus it looks like the troll got blocked. So, there we see that Tiffany does have teeth and she’s not scared to bite back. Nor are her supporters, or family.

Lots of 90 Day Fiance fans like the fact that Tiffany pays careful attention to being a good mother to her son Daniel. The eight-year-old boy lost his bio-dad. So, Ronald also spends a lot of time with him. In fact, South Africa’s very far away from the USA and Tiffany really can afford to distance herself from trolls. Plus, women simply don’t get trolled in the culture of the country. It would only come from someone very low-class if it happened at all. However, as evident, her supporters and family won’t allow it on her Instagram.

What do you think about Tiffany getting trolled, called a ‘dog,’ but biting back? Her fans and family stuck up for her but she looks capable of standing up for herself. Sound off your thoughts in the comments below.