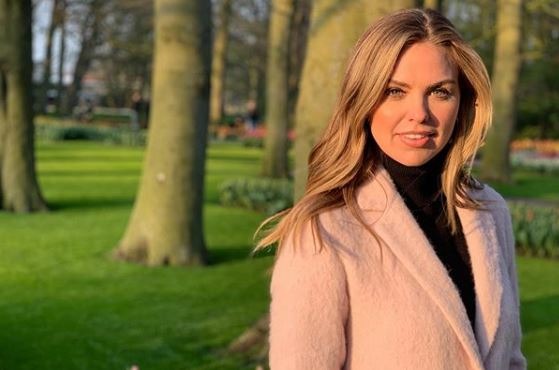 The Bachelorette 2019 tonight was a great episode. Luke P stuck around another week surprising everyone. At the end of the episode, there was a big preview for next week. In this preview, Hannah B says that she had s** in a windmill and it even sounds like she said she did it twice. So who would this have been with?

Hannah and Luke argue on The Bachelorette

Luke P says that he knows that making love in the fantasy suite is something Hannah B would never do. After that, he explains that if he found out she did that he would be very upset. This is her journey and that decision is up to her. She has made it clear that nobody will tell her what to do.

After that, she is upset that he would judge her. She then tells him that she has had s**. Hannah B says “I f**ked in a windmill and guess what we did it a second time.” It looks like she had a lot of fun on one of her dates. Hannah B doesn’t want to be with someone who won’t allow her to make this her journey, though.

Me trying to figure out who has the date in the windmill #TheBachelorette pic.twitter.com/ZRwzuk43dd

So who was Hannah B with in a windmill?

So if you want to know who Hannah B was with in a windmill it does look like it has been revealed. Reality Steve went to Twitter and shared a tweet giving out information. It looks like he has figured out once again who it was with a bit of help from Katie McBroom.

Here you go for everyone asking https://t.co/7YJftl3ox2

It looks like Hannah and Jed had a bit of fun together. That isn’t really shocking, though. A lot of people have revealed in the past that they did things in the bedroom with one person or even more than one person.

There is a lot of speculation that this might have been on tonight’s episode and not on the fantasy suite dates. Next week it is just time for the hometown dates. Hannah B is down to four men and she will be picking one to hopefully propose to her.

When you realize in the beginning of Jed’s one on one there’s a windmill in the back….. #bachelorette

Are you shocked to hear Hannah B admitting to doing things in a windmill? Share your thoughts in the comments section below. Don’t miss new episodes of The Bachelorette on Monday nights on ABC.

Update: Reality Steve is now saying it was Peter!