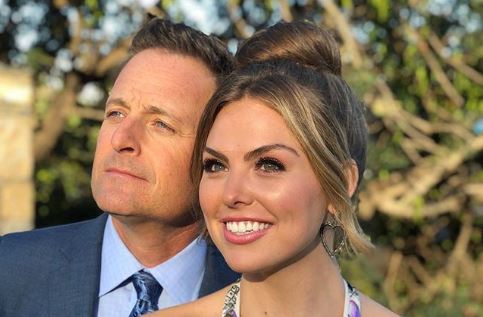 When Hannah B revealed that she had a bit of fun with one of the guys twice in a windmill, fans went nuts. Now, Reality Steve is sharing that it isn’t Jed who she was there with, but that is originally what he said. It sounds like he has already seen Monday’s episode because he is sure that the spoiler has changed.

Who does Reality Steve say it was now?

Reality Steve says that on Monday fans will see that it was Peter that Hannah was with in the windmill. One tweet simply shares that is who she was with and that there is a condom involved. Of course, he gets a bit of a hard time about it. This is because Peter had that condom in his car that she found before.

As you can see below, Reality Steve says that everyone will find out on Monday. It sounds like there is an entire scene dedicated to it all.

I’m not sure why I’m getting emailed about people not believing it’s Peter who had the windmill sex. I mean, I guess you can choose to believe whatever you want, but I’m not just making this up. It was Peter. You’ll see on Monday.

Could he be wrong?

A few people think that Reality Steve could be wrong, but he insists that isn’t the case. Here is what else he had to say about it.

It wasn’t. It’s Peter, in the windmill, with the sex. https://t.co/D7RVICZkrH

The crazy thing is if spoilers are right, then Hannah B sends Peter home and he isn’t one of her final two guys. That means she is admitting to sleeping with someone who she doesn’t keep around. You can easily assume that she was with Jed and Tyler as well, but who knows.

Reality Steve has been wrong about spoilers in the past, but it doesn’t seem like he is this time. He is very secure that he is right that it was Peter she was with. Once everyone sees the new episode on Monday they will see why he is sure of that. Then they will see Peter get his heart broken soon after.

Are you shocked to hear that Hannah B had fun with Peter in a windmill? Share your thoughts in the comments below. Don’t miss new episodes of The Bachlorette on Monday nights on ABC. There are just a few episodes left and then it will be time for Bachelor in Paradise.