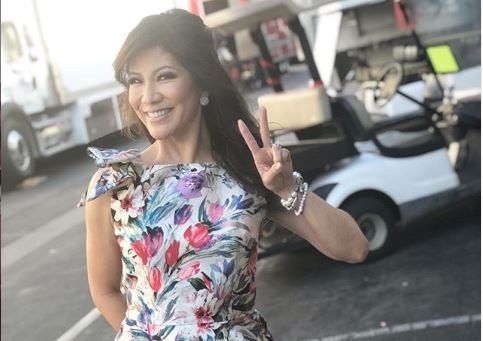 Big Brother 21 is underway, and here are the results from the first full day of live feeds: Thursday, June 27th, 2019.

The results of the HOH competition are in and Christie is the new HOH. As of right now, the alliances are…

Last episode, Nick, Isabella, Holly, Christie, Michie, and Jack formed an alliance of six. As of this morning, Tommy and Analyse joined the crew, creating an alliance of eight named “GrEIGHTful”.

Later in the day, Nick, Jack, and Sam developed a side alliance. In addition, Tommy cultivated two separate final twos, one with Christie and one with Nick.

Tommy- I am really believing Final 2 for us. Christie- It's going to be incredible. Tommy- I keep thinking about everybody else, how they are going to react when they find out #BB21 pic.twitter.com/tBnxneb4vx

The plan then became to put Cliff and Kathryn on the block with the plan to backdoor Kemi. Allegedly, the house does not like Kemi because she doesn’t make an effort to be social.

Jackson to Cliff/Kathryn- If I win, I'm taking one of y'all off for sure. Kemi is getting put up and she is going home #BB21

Christie to Analyse/Holly/Nick- It doesnt matter who wins it (PoV). Someone is coming off #BB21

Tommy- She (Kemi) is so great, she is so nice. The only reason why I think she is good to go is because she is a competitor. Sam- She is talking about game all the time #BB21

This evening, a new alliance of five formed between Sam, Jack, Nick, Christie, and Analyse. They call themselves “Stage 5”. Already, members of the cast are catching on to their alliance.

Kemi- The way I see Jack, Michie, Christie, Holly and Sis, is… Bella- They definitely have… Kemi- That five. Bella- That five is definitely something, without a doubt #BB21

Kemi- They are the Level 5 of this season. Bella- You think so? Kemi- I would put money on it. I wonder what their alliance name is. Bella- Probably something stupid like Level 5 #BB21

During the Power of Veto, Big Brother Season 20 winner, Kaycee reentered the house to host the competition. Christie, Cliff, Kathryn, Nicole, Jack, and Sam all played, and in the end, Sam emerged victoriously.

Sam shared with others in the house that he wanted to take Cliff off the block.

Sam to Jack/Nick- I would say I'm taking off Cliff cause he is also a dad. Poor guy deserves to stay #BB21

Optically, the fact that the first person eliminated from the house, and the current house target are both people of color does not sit well with fans. Many point to underlying biases as a potential cause of this rift. Former contestant, Da’Vonne Rogers commented on the issue via Twitter.

I don’t think Kemi is antisocial… I think she’s uncomfortable because there’s nobody in there for her to relate to. I don’t think people really understand how that feels. No matter how hard you TRY to engage you’re still the “outcast”.

In addition, several comments about recently eliminated contestant, David, have raised eyebrows. Especially those comparing David to Big Brother 20 contestant, Swaggy C, another man of color. Other current contestants have discussed David’s “negative energy”, which many fans thought odd, as the houseguests had only known David for mere hours.

Further issues arise when one considers that the other houseguests discussed as targets beyond pawns Cliff and Kathryn have been Jessica and Ovi. Two of the other people of color in the house. This leaves Bella and Analyse as the only two people of color without a target.

Even more uncomfortable is the house’s treatment of Ovi. The GrEIGHTful alliance made no secret of Ovi’s annoying tendencies, claiming that he was “touchy” with the women in the house, though there has not been any evidence on the feeds of this behavior as of now. They have also mocked Ovi for his tendency to make cookies and for the frequency of his bowel movements. The group dubbed him “Brown Flame” and “Pooh Bear” in private.

Jack- He (Ovi) was touching her (Analyse) with cold hands and stuff. Christie- I let him touch me today. I went to sleep last night with a completely different mindset and said "he is just one of us, and he is just different and wants to fit in. Give him unconditional love" #BB21

Jack- He (Ovi) was touching her (Analyse) with cold hands and stuff. Christie- I let him touch me today. I went to sleep last night with a completely different mindset and said "he is just one of us, and he is just different and wants to fit in. Give him unconditional love" #BB21

Holly- Nick can grope me all day and I'm happy…or any of the other guys. It's just not the same (with Ovi). Analyse- Especially cause he has a girlfriend. Holly- Sam doesnt touch us like that. Christie- He would never. It's called respect #BB21

Bella- It always feels good to be in the majority. Sam- We also have to be careful it doesnt turn into bullying (with Ovi). I dont think it's anything bullying yet #BB21

Kat and Michie are the first official showmance of the season. Their connection caused concern for many of Michie’s allies. Michie may not be one hundred percent interested in Kathryn. Earlier in the day, Jessica walked in on Michie lying closely with Bella in bed. Immediately, she went to Kat, telling her that she had a “feeling” that Michie is a part of a bigger alliance in the house.

Jessica- I already feel that there is alliances forming. Kathryn- Who? Jessica- I dont know. I know that Jackson is in on it but I just dont know with who #BB21 pic.twitter.com/Uf3NBH5vI1

Unfortunately for Jessica, Kat went to Michie and asked if he’s conspiring against her, potentially increasing the target on Jessica. Michie reassured Kathryn that the two were just talking about moving in together.

Kathryn- Are you conspiring against me? Jackson- I'm actually not. I have tried since Day 1 to keep the heat off of you #BB21

Jackson to Kathryn- There has been no conversations about taking you out. People want Kemi and Ovi gone. They genuinely just dont like them #BB21

Kathryn- I guess she (Jessica) walked in on you and Bella talking. She was like "I have a really bad feeling that there is alliances forming". Jackson- No. Bella and I were talking about living together #BB21 pic.twitter.com/HwP5nb43Kz

Preseason, lesbian Christie shared that she would use her flirtatiousness to bamboozle the men in the house. It appears she is already making good on that promise. Jack already appears quite taken with her. Several of the houseguests commented on their closeness. Time will tell what will happen with the duo.

Posted 2:21am: Annalyse, Christie and Holly in HOH room…..talking about how Jack flirts with Christie. Christie denies there is anything and that he flirts with all the girls that way. She is here for one purpose only to win #BB21 #BBLF

Jackson- They (Christie/Jack) are inseparable. I love Jack, he is my boy, but he is infatuated, smitten. Kathryn- What if they see how close we are and they are trying to get rid of me for the same reason? #BB21

Posted 12:42am: Jackson, Kat and Holly in SR talking about Jack and Christie are getting too close. They don't want to say anything yet because of the numbers. #BB21 #BBLF

Dr. Now Shares A Key Factor In Reversing Obesity: What Is It?
’LPBW’ Fans Swoon Over Tori & Lilah Roloff In Field Of Wildflowers
‘Days Of Our Lives’ Week Of June 14 Spoilers: EJ Pleads His Case – Jake Caters To Kate
‘Below Deck Sailing Yacht’ Alli Dore Wants To Work With Kate Chastain
Savannah Chrisley Spills Secrets To Her Perfect Complexion