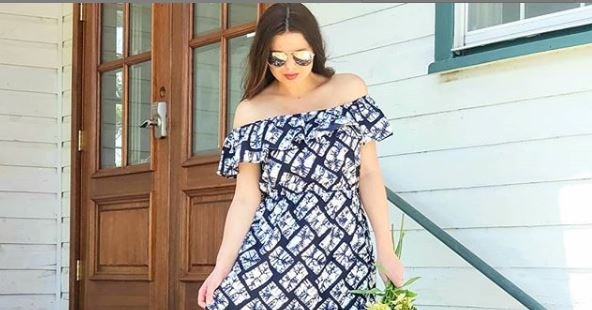 Amy Duggar King has just revealed the gender of her first baby. Amy is a cousin to the Duggars and has been seen on their reality show before. She is married to Dillon King and the couple waited a bit to have a child. Not long ago, she revealed that she is expecting a child. Fans were really excited to hear that Amy was ready to have her first child. Because she waited so long, fans were wondering if it would ever happen.

Amy went to her Instagram first off to tease that a big announcement about the baby’s gender was about to be revealed.

This photo showed the two in bed and then the next post was time for the actual reveal. In the actual reveal, Amy Duggar King shared that they have a baby boy on the way. The couple seems really excited about the news. This will be the first child for both of them.

The Duggar family is very excited about the baby being a boy. Several of them replied on the post and let Amy know how happy they are for her.

There may be more comments from her family, but if so, they are buried along with all of the posts from fans. One even said that they could tell it was a boy from one of the ultrasound pictures that Amy had posted in the past. The fans do keep a close eye on their posts and look for clues. Because of this, it isn’t shocking someone picked up on clues.

Are you surprised to hear that Amy Duggar King is having a boy? Share your thoughts in the comments section below. Don’t miss new episodes of Counting On on TLC. At this time, they haven’t announced when the show will be back again.