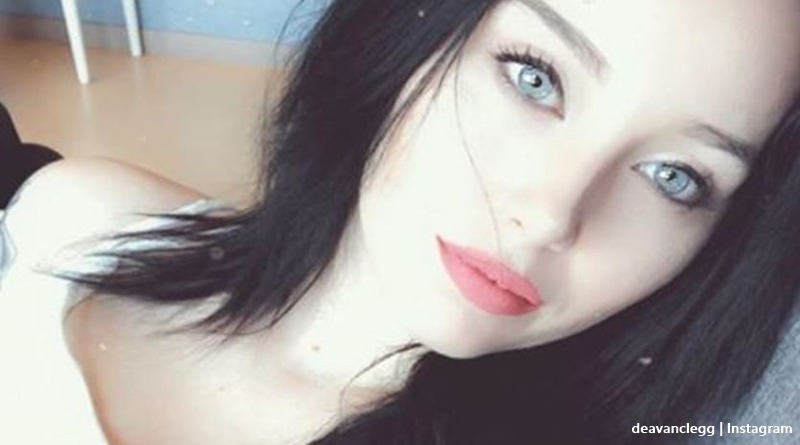 90 Day Fiance: The Other Way showed the episode of  Deavan Clegg and Jihoon this week. He’s from South Korea and they seem obviously in love. The TLC show also revealed Jihoon’s cute little dog. Plus, we saw Drascilla, age three. Deavan’s little girl looks like she loves getting into everything. Now, Deavan speaks out against the at daughter-shamers who trolled her about her rather overactive little girl.

Deavan admitted in her clip that her daughter’s a “wild child.” When the camera cut to her little girl, we saw her get up on the counter where her mom was preparing a meal. Next, she took out a bowl from the cupboard and just tossed it. Of course, some fans of 90 Fiance were a bit taken aback that Drascilla stood on the counter in the first place, and then just threw a bowl down.

Unhappy with the comments about her child, Deavan went onto her Instagram to slap back at those who mom-shamed her. Also, she was very upset they aimed horrid comments at such a young child. Usually, there’s some respect for kids on social media, but many people never pulled their punches. In fact, Deavan said some of the comments were so bad, she could not even repeat them.

Fans stand up for Deavan Clegg, suggest she starts blocking

Over on her Instagram, one 90 Day Fiance: The Other Way fan suggested to Deavan that she start “blocking people already.” But Deavan may have got her anger off her chest, as she replied to that, “It’s okay I signed up for this 😂 people are poo poo heads.” Her main tweet about daughter-shaming showed initially, she was rather upset.

In her post, she wrote, “For people calling my daughter rude inappropriate names that I can’t even repeat grow up she’s three years old shes still a baby don’t be calling her names that you hear in R rated movies grow up, she’s the most amazing little girl who is the best big sister. I don’t let comments get to me. But seeing grown adults say mean r rated words about [a] three year old is not acceptable.”

While many people stood by Deavan and the behavior of her daughter, others did not. One person seemed particularly horrified at the bowl-throwing. Another noted that a lack of discipline makes a child “uncontrollable.” They added that this makes the kid unpleasant to be around. Nevertheless, others had some empathy for Deavan, especially those with children in the Autism spectrum.

Helping to make it all feel a bit better was one 90 Day Fiance fan who wrote, “She’s beautiful and apparently people don’t understand that kids aren’t always perfect. They have emotions and sometimes they don’t know how to express or control them. That’s just wrong people are saying stuff like that. She’s gorgeous and you’re doing an AMAZING job momma.”

What do you think about people daughter-shaming a three-year-old? Do you think Deavan Clegg’s right to slap at them? Do you have problems with children getting into everything? Sound off your thoughts in the comments below.