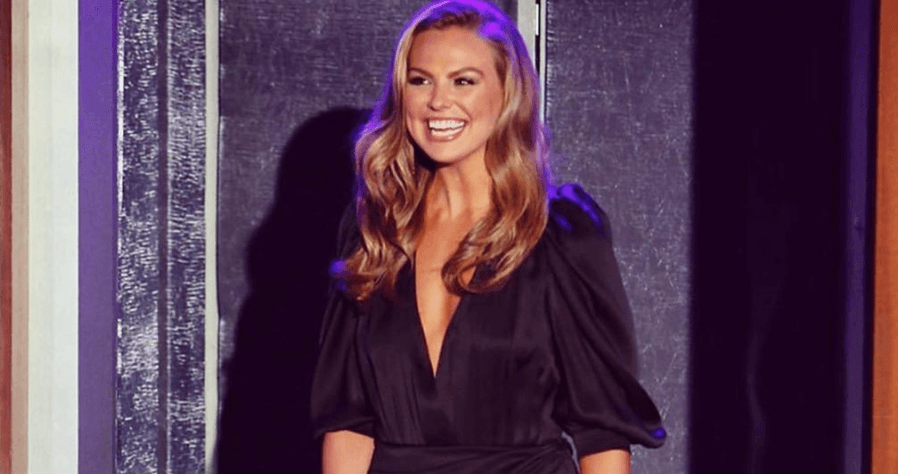 Hannah Brown just went bungee jumping on The Bachelorette but there was a little catch. The pair were supposed to be wearing no clothes and holding each other as they go down. However, there’s a lot of question as to if Hannah was actually wearing nothing or not for the adventure.

Hannah speaks out on The Bachelorette incident

To start, Hannah cleared up earlier today that she was wearing some clothes on The Bachelorette. So it’s known for sure that she was wearing at least underwear. After all, would they really make two people that barely know each other be completely unclothed together? They weren’t expecting this at all so they couldn’t have consented to it.

Reality Steve is making it seem like maybe she had even more than underwear on. At first, she looked like she was going to keep her bra on. Right before they jumped though, she threw it to the ground. Was she really completely nude on top? Or, did she have some kind of stickers on that made her feel comfortable “being nude.”

A bigger question is, what about him? Hannah went bungee jumping with Garrett Powell. Was Garrett wearing something secret on the bottom? He would probably be pretty uncomfortable too having no clothes on, doing something terrifying, when he barely knows Hannah.

Regardless it was a great way for the two of them to bond on The Bachelorette. Unsurprisingly, they had a pretty deep talk about fear at dinner and Hannah gave Garrett a rose. They really were a cute couple, he did a lot so he deserved the rose.

However, it looks like there’s still some drama to come between Luke and Garrett. Turns out Luke doesn’t like them bungee jumping without clothes on. Imagine that, he’s a bit crazy when it comes to Hannah. Needless to say, he needs to go home soon.

Hannah and Luke are bound to have quite a few more fallings out though before he goes home. That’s been made quite apparent by the previews. There’s only one way to see it all, and that’s to keep watching.

Do you think Hannah was wearing any clothes in the episode tonight? Let us know what you think about the date in the comments. Be sure to watch The Bachelorette every Monday night. Hannah is getting closer and closer to revealing who her true love is. You don’t want to miss a single step!