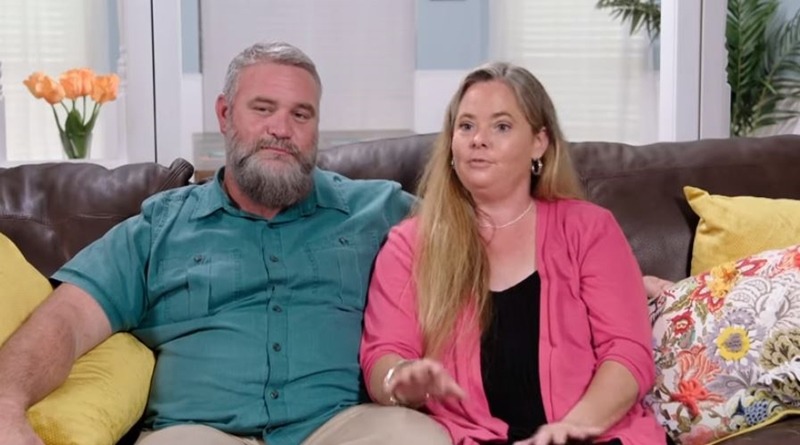 Seeking Sister Wife fans know that Bernie McGee died suddenly from a heart attack following heatstroke. Surprised by Paige continuing on Facebook, some fans of the TLC show felt that she should get off social media and focus on grieving. Now, Paige went to her Facebook and explained why she’s still present on Facebook. Plus, she said “sorry” for some of her bad reactions.

When Bernie McGee died, Paige lashed out her brother Patrick Marble. TV Shows Ace reported on it, noting “Paige and Bernie were actually arrested because of charges that Patrick put against them.” According to Paige, the stress of an impending court case caused Bernie’s death. That might sound harsh, but bear in mind, Paige was distraught and probably still in shock at the time.

However, it seems not only Patrick got a blasting from Paige as she took to FB again. This time, she said she’s concerned for her sons. In a recent post, she explained, “My older 3 sons are on FB and they have friends in these groups.” Paige is talking about how some people continue to say horrid things about Bernie across the Seeking Sister Wife groups. Actually, most of them toned it down a lot, respecting that Bernie died. However, it looks like some people persist. Obviously, Paige is concerned about “hate” they see about their dad.

Paige says ‘sorry’ if she reacted badly to some followers

Paige, as Seeking Sister Wife fans are aware, doesn’t hold back her feelings when she’s attacked on social media. She often upsets people as she reacts aggressively on occasion. Now, it looks like she’s hit back at some people who posted things her sons could read. She said, “They get sent screenshots so they get hurt.” Paige adds, “then they come show me. It’s a cycle.” Hurt and angry, Paige then lashes back on her Facebook.

Paige apologized for that. In fact, she wrote, “I see some really mean and hateful comments. I have been angry and lashed out at some people.” However, she also notes, “I am sorry for my responses to some. I really am.” She adds, “I just want to defend my husband and his name and stick up for my kids.” That’s very sad to hear because even the savage groups on social media try and keep the kids out of it.

Paige elaborated on why she stays active on Facebook at a time when friends and fans of the show think she should rather be grieving. As Paige explains it, she “[loves] FB” as “it’s kind of like a scrapbook for me right now.” That’s because it’s “like a diary. So many people posting kind things about Bernie. Pictures of him and us.” She adds that “Old friends” reach out, “telling their Bernie stories.”

Plus, she mentioned “new friends.” These could be fans of the Seeking Sister Wife show who loved her from the beginning. These friends “want to know more about him.” Then, Paige said, “It’s the best I have right now to keep him with me.”

What do you think about people posting nasty and hurtful comments about Bernie McGee after he passed away? Do you understand why Paige remains on facebook? Do think she needs to say ‘sorry’ to haters? Sound off your thoughts in the comments below.