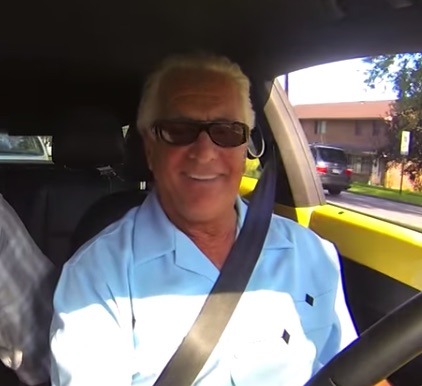 Storage Wars Barry Weiss is now rolling the dice on a new career. The former reality fan favorite is the new spokesperson for Sherwood Valley Casino. What do we know about his new gig?

Barry has gone from gambling on storage lockers to being the new spokesperson for Sherwood Valley Casino. According to Casino Life Magazine, the general manager of the Mendocino, California casino, Michael J. Broderick, shared that “Barry was a natural choice to be the company’s ambassador as he is very charismatic, and we know he will build lasting connections with our guests and our team members.” Broderick pointed out that Barry relates to people from “all walks of life.” Most of all, he explained, “Everyone loves Barry, and we love him too!”

Barry is pretty excited to be representing the 6,000 square foot casino. “I’m really pleased to be the new brand ambassador and spokesperson for Sherwood Valley Casino. This place never seems to change, and it’s a glorious refuge for distinguished guests from all walks of life. Perfect for late afternoons or late nights,” Barry was quoted as saying. “From the outside it doesn’t look like much, and it’s got a generally laid back and pretty mellow crowd, but once I stepped inside, I knew this is the place!”

Starting the summer of 2019, the charming reality star will be in print, on billboards and even on television, advertising the casino. It has been several years now since Barry’s smiling face was on television. But, in April, fans got some shocking news about the former reality star, and it didn’t seem like Barry fans would be hearing from him for a long time.

In late April, Barry was involved in a serious accident. He was on his motorcycle, riding bikes alongside his pal Jamie, when a vehicle came out in front of them. The bikes ran out of road, and Barry was seriously injured. The 60-year-old reality star spent several days in ICU, and had “multiple surgeries.” Six weeks have since passed, and clearly, nothing is holding Barry Weiss back!

Barry Weiss has had an interesting and varied career. His father started a small business selling fruits and veggies, that he and his brother ran until he retired a few years ago, making them both millionaires.

According to his godson Jesse James, Barry wasn’t just into produce. He had rock star hair was hanging out with glam 80s bands. So, it seems rather unlikely that Barry was  also really into antiques. He has loved them since he was 15. Barry and Jesse’s father were responsible for the eclectic antique collection that TGIFridays had in their restaurants. Jesse even indicated that his pop and Barry did some shady business!

Barry’s love of antiques continued when he starred on Storage Wars, but Barry never realized he was soon to become a reality star. He was hanging with his pal Thom Beers, who eventually became the Storage Wars executive producer and narrator. Over libations, Thom told Barry about his idea for a reality show, where treasure hunters could bid on storage lockers. Storage Wars was born.

Barry thought this would be a great way to find some cool antiques. Right after that, Barry attended some car races, but when he returned, Thom was ready to make him a reality star. Barry was a newby next to the other storage locker veterans, but his wit and charm made him an instant favorite on the A&E show. After a few seasons, Barry left Storage Wars to star in his own show, Barry’d Treasure, and Storage Wars: Barry Strikes Back, with Kenny Crossley.

What Do you think about Storage Wars Barry and his new promotional career? Are you hoping for Storage Wars Season 13? Please share you comments below. Storage Wars reality stars and fans alike are waiting for news about Season 13.