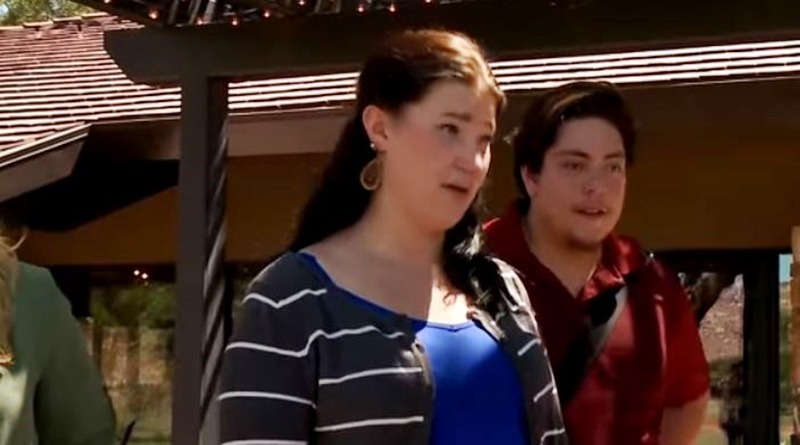 It looks like the day Mykelti turned 23-years old was not celebrated with huge fanfare by the Sister Wives family, as there’s nothing new on mom Christine’s IG. However, it’s very likely that they shared their best wishes privately. Mykelti shared a story from Aspyn Brown Thompson, her sister. That said, “Happy birthday to my gem of a sister.” She added, “You deserve the best day ever. I love you beyond words.”

Over on Kody Brown’s Twitter, he never mentioned Mykelti’s birthday. However, Antonio Padron, who married Mykelti in December 2016, shared his love for his wife with the world. His post showed some photos of Mykelti and it looked like maybe they planned something special for her birthday.

Antonio Padron shares his sweet message to his wife on IG

In his Instagram post, Antonio wrote, “Happy Birthday! To my perfect, bestest wife ever! May we have an amazingly wonderous adventure this year.” Judging by those words, the couple seems blissfully happy. The birthday greeting on IG’s nice, as he’s not particularly active on his account. His previous post came back in mid-May.

Of course, fans of the Sister Wives couple rallied to congratulate Mykelti and send their best wishes. Here’s what some of them said to her:

Fans of the TLC show never really got to know Antonio very well. After their wedding, we saw him on the show, but he said very little. He never talked much about his banking career in St. George, Utah.  Actually, he rubbed some fans the wrong way when he asked Kody if he could marry Mykelti. They felt he was a bit selfish as Kody also needed to fork out money for Maddie Brown who married six months before.

Fans hated that at the time, Antonio dissed Kody’s financial concerns and seemed uncaring. He said, “There’s a way around that. I mean you can get a loan against your house.” He added that Kody could “just pay it off.” However, fans came back to liking him when we saw that he never forced Mykelti to get cake rubbed in her face at the wedding. That’s a tradition in the Padron family, apparently.

Anyway, it looks like Mykelti Brown enjoyed her birthday and the message from Antonio Padron was very sweet. Obviously, all is well in their world. What did you think of the message? Did you know Mykelti’s birthday came on June 9? Sound off your thoughts in the comments below.