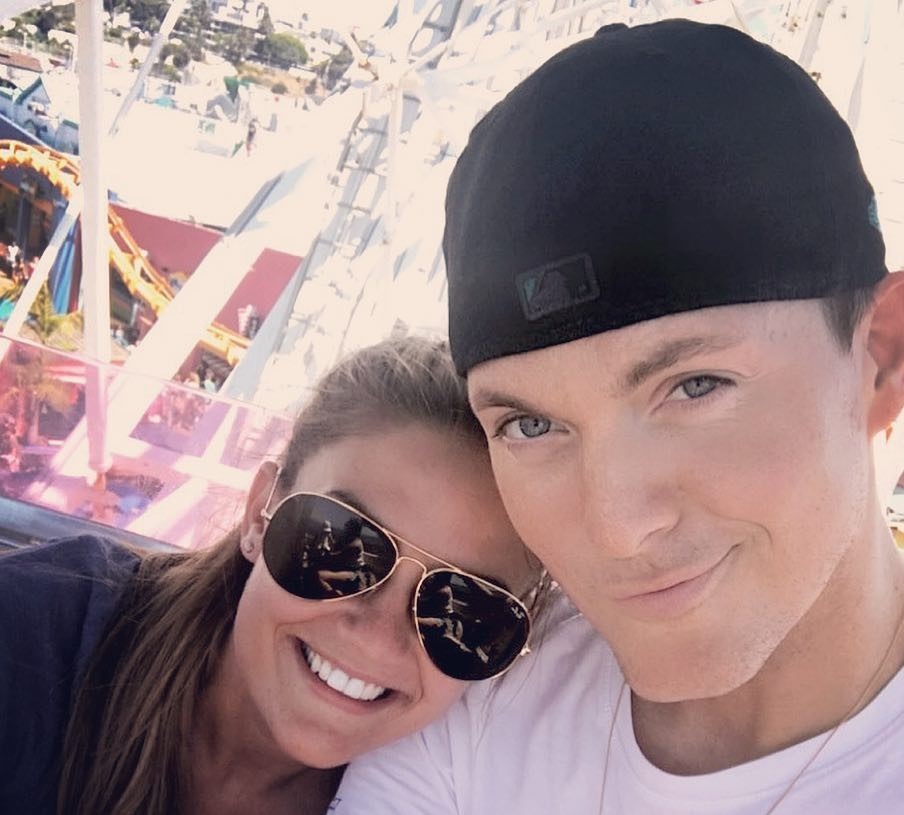 Vanderpump Rules just ended Season 7, but it seems drama is still going on for SURver Brittany Cartwright. Her BFF from Kentucky, Zack Wickham, went off on an Instagram rant about her.

Among other insults, Zack wrote, “When ur best friend decides you’re a problem, then it’s time to say f**k it,” It seems he did not have a great time in LA, saying “Everyone in LA can go f**k themselves.”

You can read screenshots of his Insta Story here.

Brittany Cartwright’s wedding to boyfriend and co-star Jax Taylor is just a few weeks away. The nuptials are set for June 29 in her hometown state of Kentucky. The couple is currently in Miami having joint bachelor/bachelorette parties. Brittany Cartwright had a 20s-themed bachelorette party back in April. She also went on a trip to France with some of the girls who are in her wedding party. Stassi Schroeder, Katie Maloney-Schwartz and Lala Kent rounded out the girls’ trip.

Brittany has not commented on her feud with Zack. However, eagle-eye fans noticed a somewhat shady post on her Instagram. To the eye untrained in spotting drama, the post looks like an innocent ad for a clothing store.

The shade is in the caption. She wrote, “It’s hard to stress when you’re looking this cute for this cheap.” Fans quickly called her out by calling her response “passive aggressive.” Brittany responded to one fan saying the “drama” from the show.

It’s hard to stress when you're looking this cute for this cheap. Scored this dress for only $16 at @thredUP 🙌 They have your favorite brands for up to 90% off! You don't need to spend a ton to look 💯. Link in bio for an extra 30% off your first order with code BRITTANY (exp 6/14/19) #ballinonabudget #thredUPinfluencer #secondhandfirst  #ad

There’s a chance Brittany wasn’t being shady. The cast did start to film Season 8 already. However, fans were disappointed with Brittany’s behavior during the reunion. There was once upon a time no one would give Brittany’s comment a second glance. Now she’s shown her cattiness and viewers aren’t soon to forget it.

Season 8 will most likely heavily feature the lead up to the wedding and the wedding itself. While the show hasn’t officially been renewed, it’s clear that there will be at least one more season of the hit show. With Lisa Vanderpump leaving Real Housewives of Beverly Hills, ratings for her other Bravo show could go up significantly.

Over on Twitter, fans wondered if a series of tweets by Jax were related to the drama surrounding his soon-to-be wife. He asked his followers if “Anyone have a person or persons in your group that will NEVER offer to pay for anything!!! or pick up a tab? That just assume you’ll get it!! Let’s call out those people!!”

Anyone have a person or persons in your group that will NEVER offer to pay for anything!!! or pick up a tab? That just assume you’ll get it!! Let’s call out those people!! 🤷🏻‍♂️ #whatsthedeal I mean never!!!! But yet they still come out to eat and drink.

When a fan told him to name names, Jax told them to, “watch next season.”

He’s right – if you love drama, be sure to check out Season 8 of Vanderpump Rules later this year on Bravo. Hopefully, Brittany Cartwright and Jax Taylor’s wedding will air on the show as well.