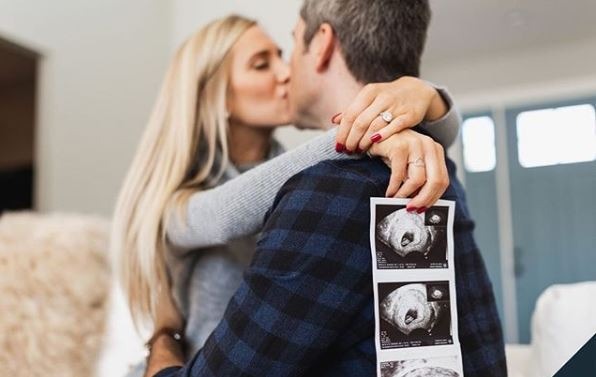 The news came out today that Lauren and Arie Luyendyk Jr. of The Bachelor had their first daughter. The couple couldn’t be more excited. Arie spent most of the night updating fans on Instagram about what was going on as Lauren was in labor. Now, the couple is sharing their daughter’s name and her first picture for the world to see.

When the news came out that their daughter was here, the couple didn’t share her name. They also avoided a picture for a bit. Now, Lauren is up and on her Instagram sharing details with fans. The little girl was born about 12 hours before they shared the name.

Alessi Ren Luyendyk Jr. has two parents who are very excited about their new journey. The couple has been all over social networks sharing the details. Arie replied immediately to the post saying, “My heart” along with a little heart emoji. He was by her side all night sharing pictures and videos from the hospital.

Reading the comments, most of the fans seem to be happy with the name. The couple hasn’t shared why they waited a few hours to reveal it, but the news fans have been waiting on is finally here.

Lauren and Arie Luyendyk Jr. might not have a traditional Bachelor love story, but it works for them. He actually sent her home at the final two. Then Arie realized that he made a huge mistake and had to be with Lauren. Lucky for him, she took him back. The two are now married and have their first child together. This bumpy road seems to have been worth every bit of it.

What do you think of the name that Arie and Lauren chose for their daughter? Share your thoughts in the comments below. Also, make sure you don’t miss new episodes of The Bachelorette on Monday nights on ABC. Hannah B is hoping to get her happy ending this season.