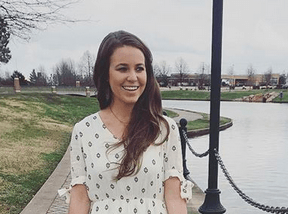 For a while, Duggar fans have been hopeful that Jana Duggar and Lawson Bates will court. There have even been rumors started that the two are courting. Back in January, Jana made a point to shoot down the rumors about herself and Lawson courting. She simply said, “No we’re not a thing.”

In the past couple of years, fans have been especially eager to hear of a courtship for Jana. She is 29 years old and has yet to get married. Many of her younger siblings are already married and have a couple of children. For example, her sister Joy-Anna is only 21 years old but is married and pregnant with her second child.

What are fans saying about Jana Duggar and Lawson Bates now?

On Tuesday, Jana posted a picture of Jessa and Ben Seewald’s new baby girl, Ivy Jane, on Instagram. Shortly after this photo was posted, Lawson left a comment that says, “So stinkin’ adorable!!”

Welcome to the world little Ivy Jane Seewald! 💞 So excited for you Jess and Ben…. your first little girl! 🎀

Based on how close the Duggar and Bates families are, this comment isn’t necessarily a huge deal. Still, fans saw it as an opportunity to encourage Jana and Lawson to court.

One fan replied to Lawson’s comment and said, “please get married so you can have some adorable babies”. In response to that fan’s comment, another fan commented and said, “that’s what I’m saying! He and Jana would make beautiful babies!!” Each of the two comments received several “likes” from Jana’s followers.

At this point, neither Lawson nor Jana has chosen to reply to the comments. They may just ignore them and move on.

This recent comment is not the first Instagram comment to start speculation and rumors. In the past, Lawson’s comments on Jana’s photos have come across as being “flirty”. When this happens, fans are quick to speculate that the two friends may actually be courting.

Is Jana currently courting anyone?

As of right now, Jana has yet to announce a courtship. She posts fairly often on social media and will probably give fans updates as they come. For now, she’s enjoying the single life.

On Instagram, fans can see that Jana is big into gardening and loves working on projects around the house. She keeps herself busy and seems happy where she’s at.

For more news about the Duggar family, don’t miss any updates from TV Shows Ace!