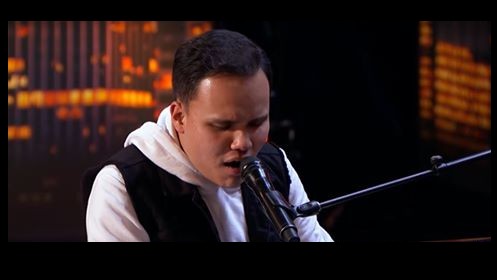 America’s Got Talent is different than any other offering on talent TV, and Season 14 of the competition kicked off on May 28 with new, but familiar, female faces.  Julianne Hough and Gabrielle Union took the seats between Howie Mandel and Simon Cowell for their first day on the job.  Julianne Hough honed her judging chops on Dancing with the Stars through several seasons on and off with the high-stepping competition.  Hough took the mirror ball twice as professional champion. She even won an Emmy for choreography.

Gabrielle Union comes to America’s Got Talent with her roster of very successful and statement-making films, starting with Bring It On in 2000.   Both of the new female judges are strong women with definite opinions.

Simon Cowell made no secret that changes were coming to America’s Got Talent.  By early spring last year, the British-born talent mogul began murmurings that “new blood” was needed for the show that he felt could go on for 20 more years.  He let it be known that Spice Girl Mel B and supermodel Heidi Klum would be replaced.

It will be hard for many diehard America’s Got Talent viewers to do without the “Off the chain!” and “What just happened!” exclamations from Melanie Brown.  Heidi Klum’s penchant for the unusual act, like anyone who swallowed strange things, will be missed, too.  She was never afraid of putting Simon Cowell in his place or baptizing him with the contents of her “America’s Got Talent” cup after a bad call.

The new ladies quickly got into the swing, though.  One already gave her golden buzzer approval, and the other got great practice with giving X’s.

Right off the bat

What sets America’s Got Talent apart in talent competitions is that contenders never need to fit within any prescribed parameters of age or category.  The estimation of talent is between the contestant and the judges, who seriously consider audience response.   60-year-old Greg Morton needed just minutes to make the audience mesmerized with his Star Wars voices.   Four standing ovations and solid yeses put Morton on the path forward.  Simon Cowell praised that “every person got it,” referring to the artistry of his routine.

More wows came for the magician, Eric Chien, who never tried the cool and confident approach of America’s Got Talent: The Champions winner, Shin Lim.  Instead,  this young card master seemed just as incredulous as his audience at the way he changed cards from red to blue. The same color transformation came to his vest.  His cards changed to coins and then vanished into a ribbon.  Julianne  Hough applauded that Chien “showed up as you.”

Sophie Pecora brought tears and palpable empathy from the judges’ panel with her original song, 7th Grade.   The deeply personal anthem echoes with what it is to be “torn down” by peers and yet what it is to not take judgments internally, or “to my grave,” as the songwriter echoes.   Gabrielle Union said in that she was 47 now, and powerfully touched by the performance.  Julianne Hough praised that Sophie brought truth with her performance, and everyone agreed.

An onslaught of red X’s

Julianne Hough brought Simon Cowell to his breaking point by being too constructive with her encouragement, and never giving a dreaded X.  Howie Mandel quickly cautioned that “the new judge syndrome” would fade quickly as some truly dreadful acts took the stage.

Sure enough, acts like “Monkey” made that transformation come quickly for Julianne Hough, and soon, she was quicker than Simon Cowell on the draw.  She reached her leg over to his buzzer when he playfully resisted one inevitable rejection.

Comedienne Jackie Fabulous had everyone laughing with her warm and real humor and the inspiring dance troupe from Mumbai, India, V. Unbeatable, offered energy, spirit, and precision like never before in their acrobatic routine.  They combined bamboo poles for added punch.

No one had ever seen anything like Gingzilla, either. He-she describes being a “ginger glam monster,” and the artists from Australia didn’t disappoint.  The performer belted out the Tom Jones classic, “Lady,” but his red beard fly.   There were three farewells from the stage, just for good measure, and pure entertainment.

Daredevil act, the Human Fuse, was lit up and launched by his nurse wife, and fortunately, survived becoming a human arrow.   He wants to win America’s Got Talent so he can retire.

Everyone could see that there was something special about Kodi Lee when he walked onto the stage. He was carrying his guide cane.  There was clearly a special bond with his escort, too.  In an adorable lilt, Kodi Lee gave his name and said he was going to sing a song.   His mom, Tina, described how her son’s response to music made her realize that he was “an entertainer.”  She went on to say that music made it possible for Kodi to “withstand living in this world. ” This is difficult for anyone on the autism spectrum, not to mention being blind.

Kodi settled onto the piano bench and mom gave some encouraging words regarding everyone watching.  She left the stage. Then her son began the opening verse of Leon Russell’s masterpiece, “A Song for You.”  The performance quickly transformed everyone listening and watching. The emotion that Kodi Lee couldn’t vocalize came through in every line.  The audience rose to their feet, giving a deafening roar of approval.  Howie Mandel made sure to tell Kodi the response he got, and that he was already a superstar.

Gabrielle Union gave something more.  She pressed her golden buzzer. This sent Kodi Lee to the finals on the very first night of this America’s Got Talent.  Simon Cowell said he would remember the night for the rest of his life.  Millions more can say the same.