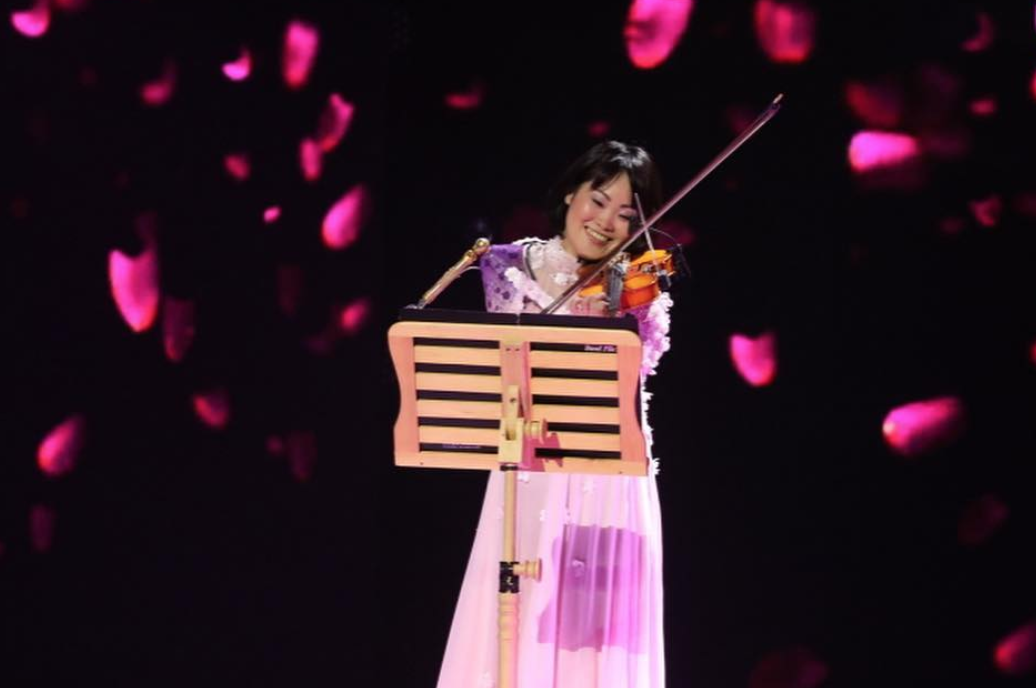 The World’s Best premiered tonight right after the Super Bowl. Many shocking acts were shown including young singers, a sword swallower and a Taekwondo group. One of the most shocking performances though was a violinist who lost her arm.

Originally from Japan, Manami lost her arm in a tragic accident according to CBS. She was always a violinist but didn’t let losing her hand stop her from pursuing her passion. While flowers fell from the sky, Manami appeared to play her heart out for the American judges, and the wall of the world.

The judges seemed very touched by her performance. There were even some tears shed over her inspiration.

Who needs a tissue after this performance? #WorldsBest

How the show works

The judge’s points are added up and averaged for the judge score. Then, the wall of the world scores are added in. Currently, performers must get 75 points total to move on to the actual competition.

Viewers have the opportunity to tweet in their favorite acts using hashtags. These hashtags show their support. They also vote for their favorite performer with their tweets.

The show ended on a major cliffhanger, while Matt Johnson struggled to escape his box of water. The performer was going to be locked in a tank of water, and pick his own locks to get out of the box. It was only supposed to take one minute and thirty seconds.

We were left watching him bang on the walls of his tank. He already exceeded the amount of time he was supposed to be under water. We won’t know how it ended until next week.

Will @likemattjohnson make it to the next round? Tune in this Wednesday at 8/7c to find out! #WorldsBest pic.twitter.com/TaZE0Xhqnd

CBS has been very busy recently while they still have Celebrity Big Brother on TV every week. They also have the new season of Survivor starting soon.

What was your favorite act tonight on the brand new show? Let us know what you think of the new talent show in the comments. Be sure to stay tuned to find out if Matt makes it out of his water tank.

‘Pawn Stars’ Chumlee Is Back On Social Media: Where Has He Been?
Is Alan Bersten A Bad Boy Outside Of The Ballroom?
‘Return To Amish’ Lowell’s Serial Womanizing Blows Up
Savannah Chrisley Does Something ‘Scary But Fun’
Did Kanye West Purchase Stolen Art Under Kim Kardashian’s Name?