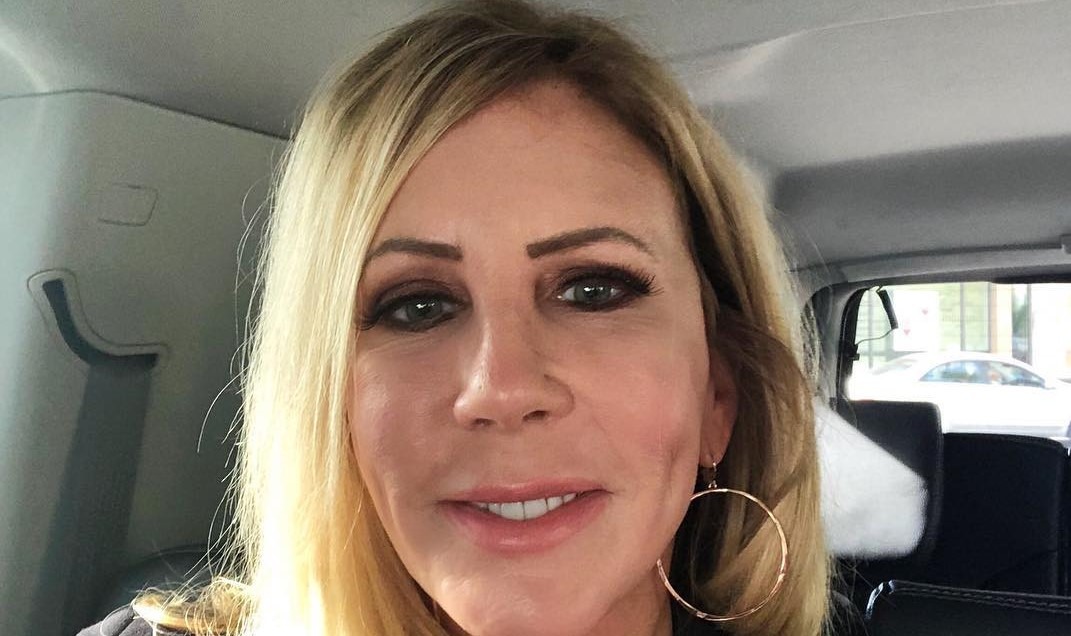 Could Vicki Gunvalson be demoted to a friend of the housewives? It does look like that is possible. The rumors began back in February and Vicki Guvalson immediately took to Twitter to shut them down. In a tweet at the time, she wrote, “Unless you hear it from me, then it’s simply a rumor. I am in negotiations.”

Fans accepted her explanation at the time, but the rumors have resurfaced. A source told US Weekly that Vicki was not included in the recent group photos and that they “shot multiple options.” Further information reveals that she was “on set” during the cast photo shoot. Some took this as confirmation that Vicki has been demoted to part-time.

Neither Vicki or Bravo have commented on the situation, but Vicki has been filming with the other ladies. Bravo Connoisseur tweeted a photo of a May 17th engagement party Tamra Judge threw for Vicki with all the ladies in attendance.

#RHOC ladies filmed the finale for Season 14 last night (May 17). Shannon and Tamra threw a party for Vicki. All 7 ladies in attendance! pic.twitter.com/N0Hv2iazwK

In April, Vicki posted on her social media accounts that she was engaged to boyfriend Steve Lodge. The couple has been dating for three years.

It hasn’t all been happy news for Vicki lately. She was sued for insurance fraud by an 82-year-old widow. The widow claims that she and her husband paid for an insurance policy that wasn’t honored after his death.

Viewers might remember Vicki’s ex-boyfriend Brooks Ayers not getting along with her daughter Briana Culberson or the other cast members. Vicki initiated a lawsuit of her own against Brooks for an unpaid loan. Vicki claims that Brooks failed to repay $184, 899 that she lent him, as well as an additional $81,652 she loaned to him for lawyer fees. Both lawsuits are still pending outcomes.