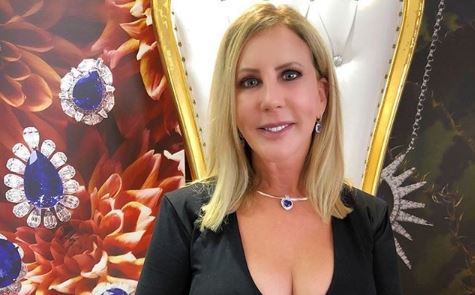 After her daughter’s health scare and nasty break-up with ex-boyfriend Brooks Ayers, Vicki Gunvalson was due for a break in the drama. Unfortunately, the universe didn’t agree. The OG of the OC, Real Housewives of Orange County star has been sued by a former client for fraud.

All about the fraud case

Vicki founded her insurance company, Coto Insurance & Financial Services, in 1991. The business has been featured on RHOC since the very beginning of the show. Both Vicki and her company are at the center of a lawsuit that claims Vicki has been lying to a claimant Joan Lile about her insurance coverage for the last 20 years. She is very unhappy about what she has been paying for.

The Blast, an online gossip website, obtained court documents in which Lile accuses Vicki and her company of fraud. She is also accused of breach of fiduciary duty, negligence, intentional infliction of emotional distress and breach of contract. According to the documents, Lile and her husband purchased an insurance policy from Vicki’s company for long-term care in 1996. The policy assured that future medical premiums would be covered if one of the spouses died. This policy clause was termed, “Lifetime Waiver of All Premiums of a Surviving Spouse.”

Bahama mama? Stop by and see me at @dibahamas! I'm partnering with @safikilimatanzanite and @diamondsinternational to raise awareness for the geological phenomenon that is #tanzanite — it's 1000x rarer than a #diamond! See it (and me) for yourself Today 2/11 and Tuesday 2/12. See you there! #safilove

The court documents allege that Vicki intentionally sold the policy to the couple fraudulently. It was said she did this while “preying on the confidence and trust” of the couple. Lile claims that she continued to pay the premiums, even as the cost of the policy increased. Her husband passed away in 2017. So far, Vicki isn’t saying a thing.

Lile claims that when she tried to exercise the lifetime waiver clause that the insurance company not only denied it but continued to charge her for policy premiums. She is suing Vicki and the insurance company for unspecified damages. Vicki has some money so you never know how much she could stand to lose if she loses this lawsuit.

Vicki Gunvalson’s legal problems aren’t the only drama she’s been subjected to lately. Season 14 of RHOC started filming back in February and is set to air in early summer. Fans of the show were concerned about Vicki’s role on the show after images were released without her being part of filming the first episodes. Because of this, rumors got crazy that she wouldn’t be back.

Rumors went around the internet like wildfire that Vicki would only be on the show in brief appearances as a “friend of the Housewives” and not a full cast member. However, Vicki quickly put those rumors to rest by tweeting that she had started filming for Season 14. As Vicki would say, “Whoo-hoo!”

Real Housewives of Orange County will air on Bravo later this year. Make sure you don’t miss the upcoming season.