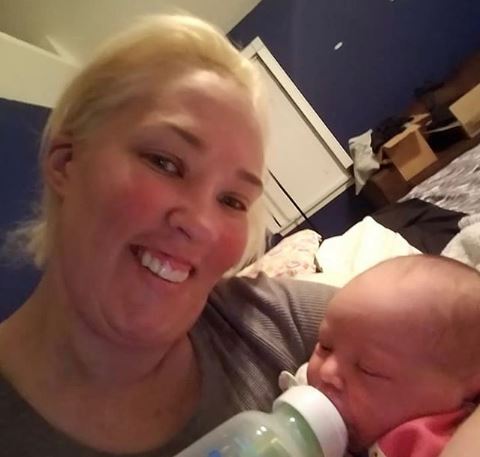 Mama June Shannon was arrested this week. The star of Mama June: From Not to Hot isn’t saying a word yet. When the arrest was revealed, the reports didn’t say exactly what kind of drugs she had on her. Now new reports are sharing more information about what went down.

When Mama June was originally arrested, she was with her boyfriend Geno Doak. Last night on the show, everyone saw him get down on one knee to simply give her a promise ring. It really did look like the proposal was coming.

What did Mama June have on her?

TMZ broke the news about what Mama June was arrested with and it was more than fans expected to hear. She was found with crack cocaine. She was also caught with a needle and a pipe. The needle was simply lying on the floorboard of the car. This is very concerning seeing that she has a child and grandchildren that are around her. A big part of last night’s show was about baby proofing the house.

The first needle was found in Geno’s pocket. He warned police before they patted him down so that they wouldn’t get stuck. Mama June did admit to the vehicle being hers and was even willing to take responsibility for everything inside the car. They did impound her vehicle and she had to go pay to get it out. The conversation below has June talking to the tow truck driver. If you are a fan of the show, you will notice that she doesn’t sound the way that she normally does when talking.

Are you shocked to hear that Mama June Shannon was arrested? Share your thoughts in the comments below. Also, don’t miss new episodes of Mama June: From Not to Hot on Friday nights on WEtv. The preview did show Geno getting arrested so who knows what they will show.