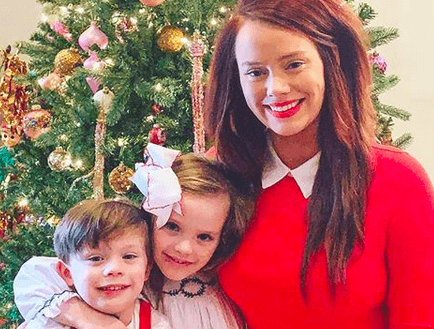 Though Bravo’s Southern Charm star Kathryn Dennis seems to have a great life now, things haven’t always been smooth sailing. She’s faced her fair share of troubling times, but her story has been turned around for the best now.

It all began when she got pregnant with her first child with then-boyfriend Thomas Ravenel. He forced her to keep her pregnancy a secret. He separated Kathryn from her family and friends. This pregnancy was not something to be celebrated by Thomas and Kathryn. Of course, now everyone loves their little girl.

Kathryn Dennis spoke with PEOPLE and told them about this time in her life, saying, “I was removed. He moved me immediately to a different state, kept my pregnancy a secret until the day I gave birth.”

As we can imagine, this was a challenging time for Kathryn. At the time, she was only 22-years-old. She had to go through this big life change completely isolated from everyone she knew and loved. She didn’t get the support she needed throughout her pregnancy.

In 2014, Kensington Calhoun was born. Kathryn’s daughter is now five-years-old.

this life will go by in the blink of an eye but I wouldn't wanna spend it without you by my side. the clouds are gonna roll the earth's gonna shake but I'll be your shelter through the wind and the rain and we'll build this love from the ground up. one little house, kiss you goodnight's and I love you's 🏡🌷💕#mylittleplanters #greenthumbgang

Though her pregnancy was not meant to be public, people did find out about it. It became obvious when she received a phone call. She told PEOPLE, “I received a call in the hospital bed. And then it was, ‘Okay, now people know.’ It was just very, very odd circumstances.”

She then shared about life as a new mother, saying, “I felt sad and scared and lonely and confused and quarantined and isolated. I was just trying to understand what was going on with the other person —feeling actually happy looking at my child while the other person was not necessarily present, even mentally. I’d cry a lot, it was all new. I didn’t have anyone.”

When Saint was very young, Kathryn lost custody of the two kids. This was because of a failed drug test, which led her to go to rehab. This resulted in Thomas getting full custody of the couple’s two children. This was a rough time for the reality star.

Then, once Kathryn left rehab, the two split custody. Now, due to Thomas being charged with assault and battery, Kathryn doesn’t want him to have custody of the children. As of right now, the custody fight has been sealed. It will be interesting if the show reveals what is going on at all.

Don’t miss Kathryn Dennis on Southern Charm on Wednesday nights on Bravo at 8 pm ET. It’s back on tonight!

ONE WEEK! Don't miss the season premiere of #SouthernCharm next Wednesday at 8/7c on @BravoTV!

For more news about your favorite TV shows, look for more updates from TV Shows Ace!