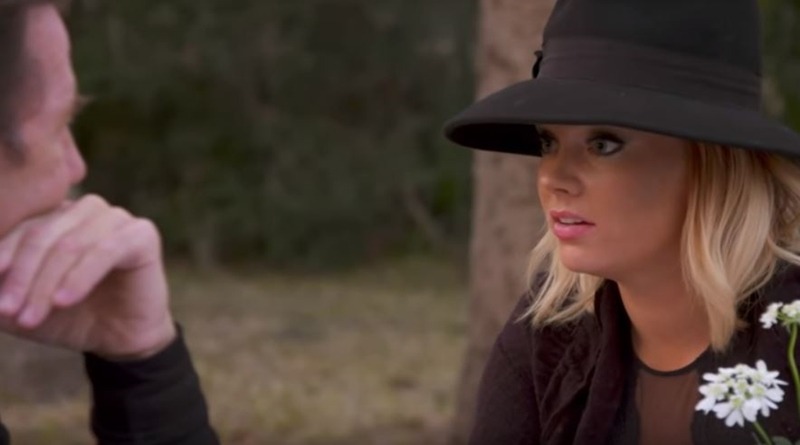 Southern Charm returns to Bravo TV today, May 15. Just ahead of the premiere, news came out that the fight for custody of the kids took a new turn. As fans of the show know, Kathryn Dennis and Thomas Ravenel shared custody of their lovely kids. However, the situation got ugly and Thomas faces charges for allegedly assaulting their nanny. Obviously, this disturbed Kathryn deeply, who requested an adjustment of custody. Now, the records of this ongoing battle have been sealed from the public.

According to The Blast, Thomas has been trying to get both Kathryn and the producers to stop talking about the custody battle.  In fact, late last year, Thomas brought a lawsuit against Bravo. Apparently, he attempted to get any unaired footage about the custody from being shown on the show.

Thomas wants both Kathryn and the producers of Southen Charm gagged and prevented from talking about it on the show. Actually, The Blast elaborated, writing “In his suit against Bravo, Ravenel says the network and Southern Charm producers “encouraged” his ex to file for custody against him to create drama on the show.” This came about a month after Kathryn filed for main custody.

Kathryn just wants the whole custody fight sealed from the public now. Reasonably, she feels that the gritty details could affect her kids. Despite Thomas trying to gag the producers of Southern Charm over the kids, he seems quite happy to discuss things on his social media. However, with the custody case sealed, technically, he’ll have to gag himself as well.

On that note, The Blast managed to obtain some records which say that “a South Carolina judge has granted Dennis’ request to seal the entire file.” This came after she noted that Thomas said nasty things on social media. Allegedly, it also involved a release of private detective “video footage.” Effectively, this new court ruling means we probably won’t see or hear much more about the tragic family fight over the kids.

Thomas faces a court case for allegedly assaulting the nanny

Meanwhile, Thomas faces his own issues with the law and the assault charge allegations against him. If things go badly for him, custody of the kids may not be his top priority.

What do you think about the court sealing the custody fight between Thomas Ravenel and Kathryn Dennis? Do you think that ultimately, it’s all best for the kids? What about Thomas? Do you think he’ll keep quiet on social media? Sound off your thoughts in the comment below.

Remember to stay in touch with TV Shows Ace for more news about Southern Charm.