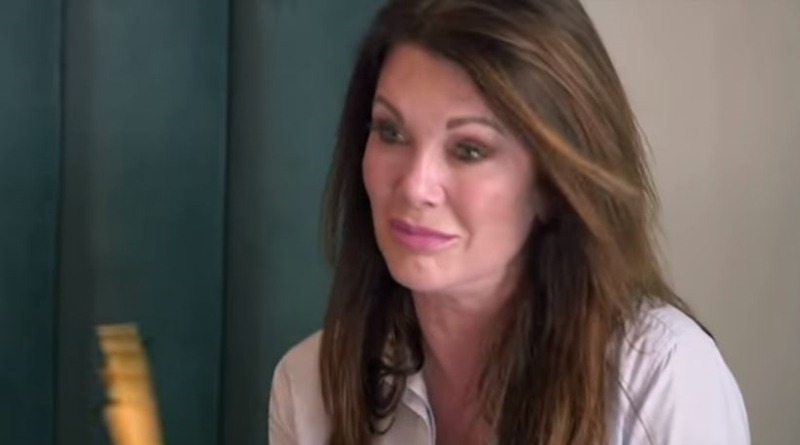 Lisa Vanderpump’s not scared to chastise her employees at TomTom Bar or SUR restaurant. Actually, she manages to scold her Vanderpump Rules cast members with class and a firm hand. However, you seldom hear about her chastising a fan and customer at her famous restaurants. However, for the fan, getting the ‘no-no’ from Lisa was the total VPR experience, and he’s like ‘dead.’

Tuesday, May 14, Connor Goldsmith planned a night on the town at SUR and TomTom. His bio on Twitter says he’s a “Literary Agent at Fuse Literary, specializing in SF/F/H & Nonfiction.” He adds that he’s “Irish and Jewish and gay as hell.” The bio notes that he’s a “Pisces doing his best,” and bases out of New York. Anyway, he’s on a trip to West Hollywood. He made his way to SUR Restaurant & Lounge and the TomTom Bar like any other Vanderpump Rules fan would if given half a chance.

Judging from his posts through the evening and into the wee hours of the night, Connor planned carefully. However, he made the mistake of wearing purple, so he pretty much blended into the color scheme.  Thrilled with SUR, he showed Ariana’s brother Jeremy serving him. Plus, he took a photo of the “gender-neutral restroom at SUR,” and the back alley where “Kristen called Ariana a c**t that one time in s2.” Oh yeah, and he tried to take a photo of the famous goat cheese balls, but ate them too fast to get much of a photo. So far, your average Lisa Vanderpump restaurant experience.

I was going to take a pic of the famous goat cheese balls but then I ate most of them pic.twitter.com/2kERlpZwCm

Anyway, during the evening, Connor left SUR and ended up at TomTom. There, he grabbed a cocktail and posed for a photo under the picture of the two Toms kissing. Then he tried the buffalo cauliflower wings, telling an author he knows, that they tasted “incredible.”  So far so good for Connor, the Lisa Vandepump admirer. However, he was about to get more of the VPR experience than he expected.

Now, Connor says he wasn’t trying to take photos of her, but hey, who wouldn’t try it? Certainly, he took loads of other photos. Never mind, we’ll believe him. But, Lisa came up to him and he described it on his Twitter. In his post, he wrote, “Lisa Vanderpump just gently chastised me because she thought I was filming her when I was actually just lurking, starstruck.” Then he added that the moment really and truly was “the full VPR experience.”Then he noted, “I’m dead,” and not in a bad way.

Lisa Vanderpump just gently chastised me because she thought I was filming her when I was actually just lurking, starstruck, and truly that is the full VPR experience. I'm dead

Getting chastised by LVP sounds like something to die for, actually. But perhaps she didn’t mean to make him feel so happy about the entire VPR experience? Maybe for Lisa, she gets people trying to photograph her all the time. It’s probably something that annoys her very much in her own restaurants. Anyway, for one fan, it looks like she made his night out on the town.

Have you been to SUR or TomTom? Would you die of embarrassment or happiness if Lisa chastised you, no matter how gently? Sound off your thoughts in the comments below.

Remember to check back with TV Shows Ace often for more news about VPR and Lisa Vanderpump.