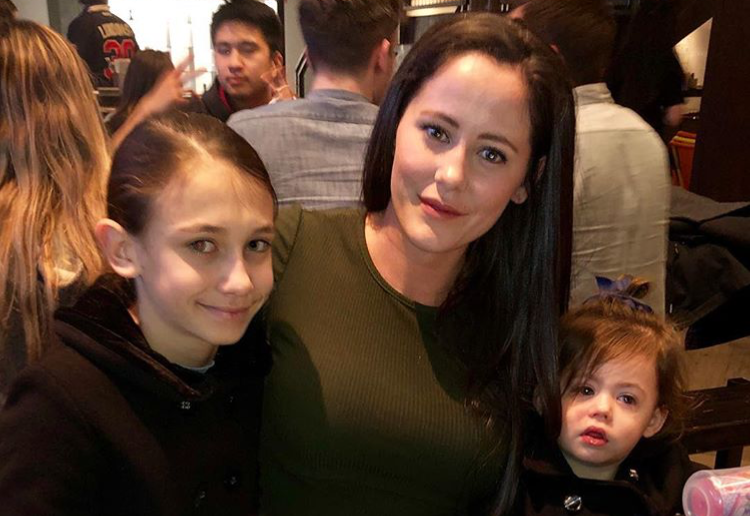 Anyone who has been following former Teen Mom 2 star Jenelle Evans knows that a lot has happened recently. With so much going on, it can be hard to keep track of it all.

She and David Eason have had a toxic and abusive relationship for some time. It got worse when he shot and killed the family’s dog, Nugget. After this, there was some speculation that the two would be getting a divorce, but they are supposedly in marriage counseling now.

Then, Jenelle lost her spot on Teen Mom 2. MTV also lost some of their sponsors because of David’s actions. Barbara Evans, Jenelle’s mother, has decided to keep Jenelle’s son Jace from her as long as David is around. Barbara is currently working to get her attorney involved to be on the safe side.

On Friday, Jenelle’s son Kaiser was picked up from daycare by his grandmother, which is what Child Protective Services gave her permission to do. Jenelle’s ex-fiancé and Kaiser’s father, Nathan Griffith, didn’t feel safe having Kaiser in Jenelle and David’s home.

Now, Jenelle has two children at home. One is Ensley, who she shares with husband David Eason. The other is Maryssa, who is Jenelle’s stepdaughter and David’s biological daughter. CPS is currently investigating the situation to determine whether Ensley and Maryssa should still remain in the home.

I think Maryssa is taller than me now… she’s only 11. 😂😐 #GrowingUp #Tween

A source spoke with Radar Online and said, “David’s family is calling to speak with a CPS worker today to let them know who his mother and two sisters are.” The source continued, saying, “If something happens where they try to take Ensley and Maryssa, they want CPS to have family contacts on hand so the girls won’t end up in foster care.”

Another source told Radar Online that David and Jenelle picked Ensley up from daycare as soon as they heard what happened with Kaiser. The source shared, “CPS wanted to talk to Jenelle and David, but they both refused to talk to them. David cussed CPS out.”

This is definitely a scary situation for all who are involved. It would make the situation worse for Ensley and Maryssa to go into foster care. It’s important that they have a chance to live with their family so they are more comfortable.

Some fans are saying that they shouldn’t go live with David’s parents because his parents raised him improperly. Fans don’t think that his parents should step in in this situation.

Do you think that Jenelle and David will get to keep Ensley and Maryssa? Do you think that it’s okay for the girls to live with their grandparents for a short time? Let us know in the comments!