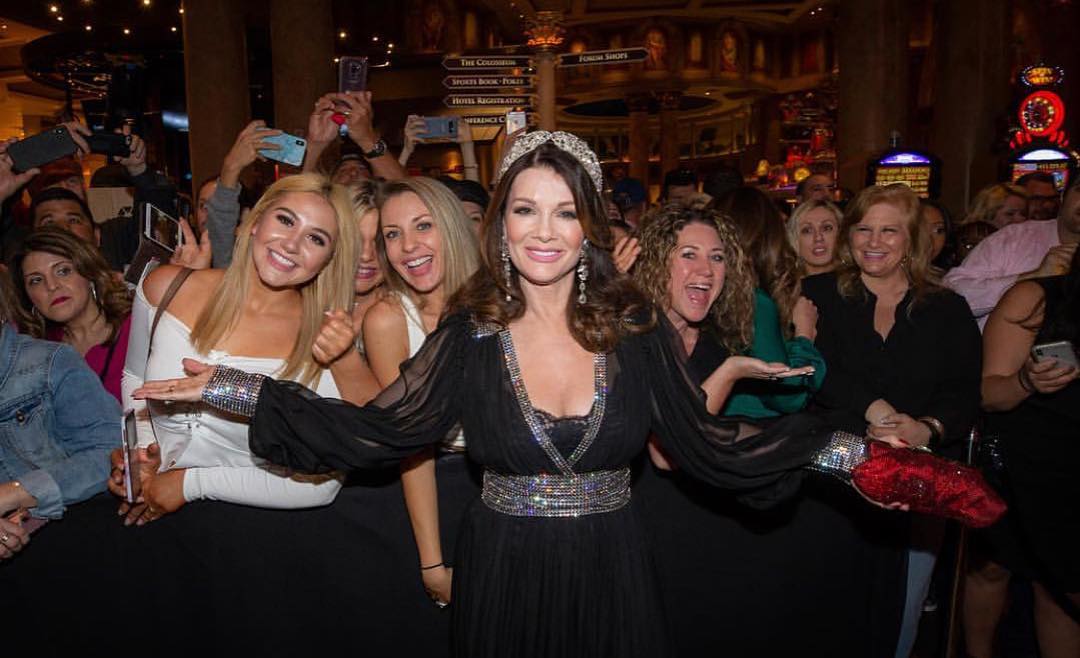 Season 9 of Real Housewives of Beverly Hills has largely revolved around the falling out between Lisa Vanderpump and her co-stars. In particular, the blowup of her friendship with long-time pal, Kyle Richards. Before the season premiere, there was rampant speculation that Lisa refused to film with the other ladies during the last half of the season. That bore true on the May 7 episode that didn’t feature Lisa in any scenes at all. She did appear in the preview for next week when she gets her kitchen remodeled and has lunch with Camille Grammer.

Both Lisa and Kyle revealed in interviews that they hadn’t spoken in months following a huge argument. Lisa is now opening up to US Weekly about recently running into Kyle. Lisa said, “It was okay,” about the encounter.

What Ended Their Friendship?

In a word: Puppygate. The short version is that Dorit Kemsley adopted a dog from Lisa’s dog rescue then dumped it in a kill shelter. The ladies accuse Lisa of a) selling a story to Radar Online about the situation and b) encouraging her employees to discuss the situation on-air in front of Kyle and Teddi Arroyave Mellencamp.

Teddi later confessed to Dorit that she had been the one who set up the on-air discussion but still insists that Lisa had a role in it. Lisa denies any involvement to this day, despite her friendships imploding.

Lisa Vanderpump ended her friendships with both Kyle and Dorit after they both refused to believe that Lisa didn’t have anything to do with the leaking of the story to Radar Online. In regards to Dorit, Lisa said, “You miss anybody who has been a good friend, but when their actions are accusatory and they don’t believe you. A friendship is based on trust and honesty so when I said, ‘I swear to you on my children’s life’, if that’s not good enough for a friend then that’s not being a friend.”

This statement was in response to a lunch Lisa, Ken, Dorit and Dorit’s husband, PK, had to attempt to mend their friendships. During the lunch, Lisa swore on her children’s lives that she didn’t leak the story. PK accepted this, but Dorit didn’t.

Now Lisa says she wasn’t that good of friends with Dorit. “I haven’t known [Dorit] for that long. I didn’t even go to her wedding,” Lisa said.

Will Lisa Vanderpump Return for Season 10?

There has been a lot of speculation as to whether Lisa Vanderpump will return to the show for the 10th season. As it stands now, her position is a maybe. The same answer has been given about whether she will attend the Season 9 reunion shows.

Stay tuned to Real Housewives of Beverly Hills Tuesdays at 9 p.m. on Bravo to see how the show gets around Lisa’s refusal to film with the other ladies.