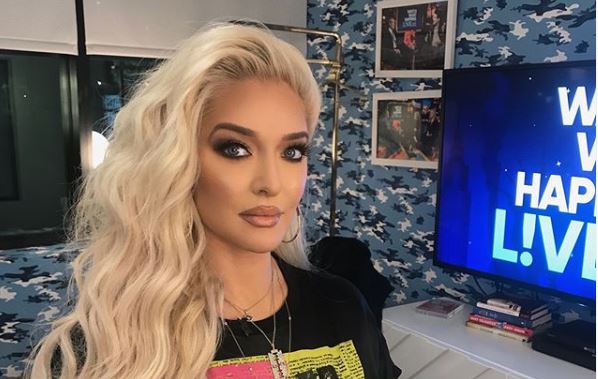 The Real Housewives of Beverly Hills is only halfway through Season 9. Everyone is already wondering who will show up for the reunion. Rumors began in November of a fallout between Lisa Vanderpump and the other ladies of RHOBH, especially long-time bestie Kyle Richards. The trailers dropped in December gave viewers clues as to what went down between the cast.

On the episodes aired so far this season, viewers have witnessed the breakdown of Lisa’s friendships with Teddi Mellencamp Arroyave and Dorit Kemsley. We haven’t seen what happened between Lisa and Kyle. Kyle is torn between her friendship with Lisa and her friendships with the others. She is still on Lisa’s side for the most part. In the Bahamas, Kyle told the other ladies that manipulating people is just how Lisa operates. This was implying that she believes Lisa Rinna’s theory. That theory is that Lisa used Kyle and Teddi to expose Dorit’s role in PuppyGate.

Season 9 is All About PuppyGate

All of the drama this season surrounds a puppy named Lucy, Lucy, Apple Juicy and the circumstances of the dog ending up in a kill shelter. Dorit adopted the dog from Lisa V.’s Vanderpump Dogs foundation. She decided she couldn’t keep the dog after the dog allegedly bit her children and husband. Instead of returning the dog to Vanderpump Dogs as her contract stated, the dog was dropped at a local animal shelter. Dorit claims she had given the dog to a “very good home” and that person took the dog to the shelter. Her story is pretty shaky, though.

Instead of focusing on that, the ladies have chosen to focus on whether Lisa V. instructed her employees to tell Kyle and Teddi about the dog’s surrender. They feel like she did it to cause backlash for Dorit. At first, Teddi denied being involved in bringing up the drama on camera but later revealed that she was the instigator. However, Teddi also claims that Lisa V. is involved, too, but Lisa has been adamant that she had nothing to do with her employees bringing up the PuppyGate situation.

Somehow, the other ladies have placed the blame at Lisa V.’s feet. The thing is Dorit is the one who dumped yet another dog. (Lucy was actually the second dog Dorit adopted from Vanderpump Dogs. She knew there would be a $5,000 penalty if she took Lucy back to Vanderpump Dogs. She had to deal with it the first time she returned a dog.)

Who will attend the reunion?

Lisa V. and Kyle haven’t spoken for months due to whatever happens between them. Lisa V. even refused to film the last half of the season with any of the other ladies. All of this turmoil leads people to wonder if Lisa V. will even show up to the reunion.

Other sources have said the possibility is up in the air and will be a “game-day” decision. Now, castmate Erika Jayne weighed in on the subject at the GLAAD Media awards. When asked if she thinks Lisa V. will show up, Erika said, “I think she will.” It will be interesting if she is there for sure. Another source told US “Production and the other Housewives don’t believe she will show up for the reunion because she can’t face the truth and the other Housewives.” Only time will tell.

Erika then said that she herself might not attend by saying, “I don’t know yet because that’s so far away. “I don’t know how the audience would react, so I really don’t know. It’s so far in advance.” It would be shocking if Erika didn’t show up.

Make sure you don’t miss new episodes of The Real Housewives of Beverly Hills on Tuesdays on Bravo.