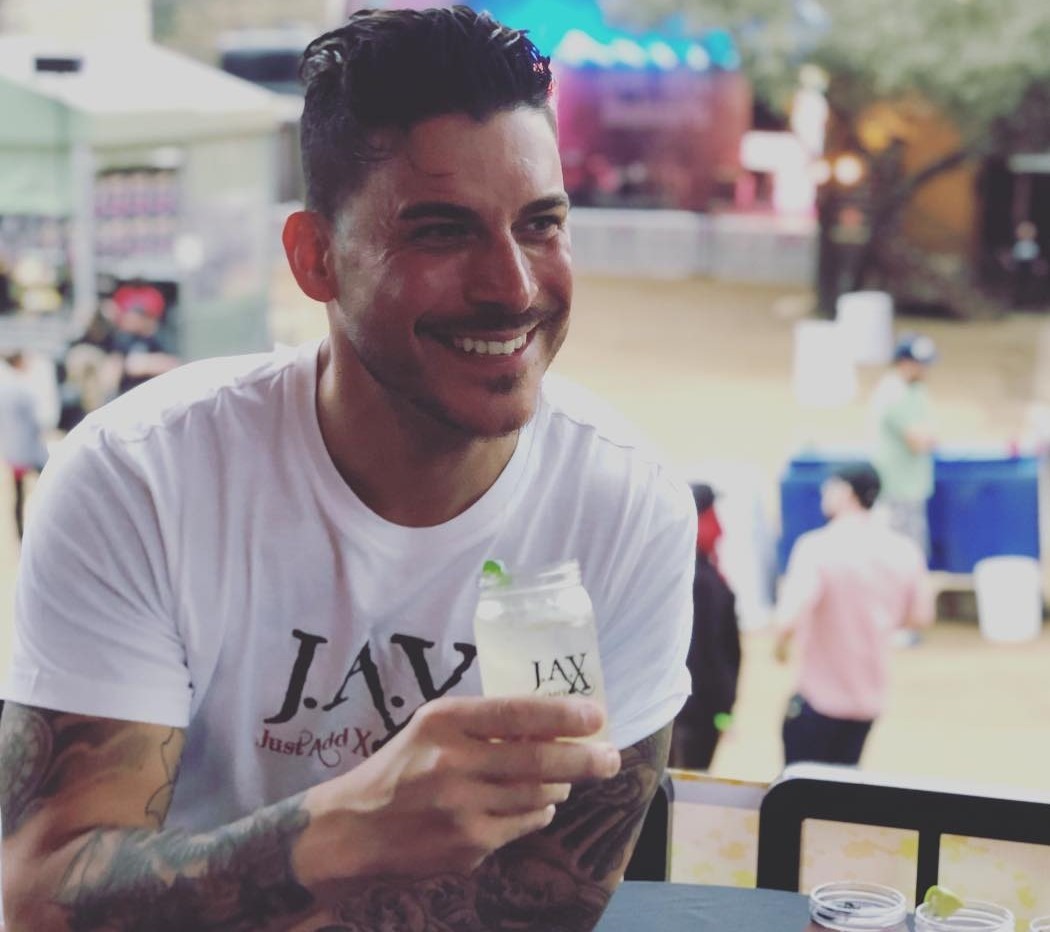 Part 1 of the Season 7 Vanderpump Rules reunion was full of arguments and accusations. One of the accusations was that Jax Taylor created a fake Twitter account in James Kennedy’s girlfriend’s name, Raquel Leviss. The Twitter account spread rumors and innuendo that James is gay or bisexual.

Sources found a screenshot of the allegedly fake account created by Jax. The photos on the fake Twitter featured James with other men, including his ex-friend Logan Noh. Viewers might remember the ultra-close connection between the two and Logan’s touchy-feely behavior toward James. For his part, James denies that anything sexual happened between the two.

This was the account in question that Jax “allegedly” made.

But Jax is not one to talk. Remember the rich, old guy Jax lived with in Florida? Vanderpump Rules fans sure do.

Anything Jax calls James out on is something he himself has done repeatedly. Even his hints that James and Logan were more than friends. We remember your "Miami roomate" Jason! Who does this guy think he is??? Brittney he has you looking real dumb!#VanderpumpRules pic.twitter.com/lu3cGySNjX

During the reunion, Ariana Madix confirmed that the fake Twitter account was associated with Jax’s cell phone number. Jax, of course, denied having anything to do with the fake account. He went on to claim that his cell phone number was posted on a list at SUR accessible to dozens of people. So far, Jax isn’t admitting to anything.

Jax’s fiancée Brittany Cartwright faced criticism and fan backlash for her behavior during the reunion. Some viewers interpreted her admonishment Tom Sandoval for defending James by yelling “You’re his best man! Stop!” to be a threat to Tom’s role in their upcoming wedding. Days before the reunion aired, Jax confirmed that Tom had been removed from his role as best man. The wedding is only a few months away.

Brittany took to Twitter to defend herself. She also claimed that Bravo edited out Jax’s apology to Raquel. The entire argument began when Jax insulted Raquel’s looks, prompting James to insult Brittany’s in response. James was wrong, too, but viewers wondered why Jax’s actions are always brushed off.

I’m mad I let him affect me the way he did but you can only take someone bashing your appearance and your family so long before you lose it. I have kept my cool for 4 years on this show but I will not let anyone disrespect my family. https://t.co/fu81vbfdug

And of course they left out the part where Jax apologized to Raquel and where I told him to be a better man than James was acting to me. We filmed for 14 hours that day. Emotions are high and you guys only get to see 3 hours of that.

The fake Twitter accusation wasn’t explored in depth, as they all moved on to another argument. It will be interesting to see if host Andy Cohen brings it up again in the final two parts of the reunion. From the previews, it looks like Jax and James aren’t done arguing. We know that there is a physical confrontation between the cast, but the show hasn’t revealed who was involved in that. The trailers implied that it was Jax and James. However, Andy Cohen stepped between them during Part 1 of the reunion to keep them from fighting. Co-star Scheana Shay implied that the physical confrontation involved SUR newbie Billie Lee.

Tune in to Bravo on Mondays to see how the rest of the Vanderpump Rules reunion plays out.