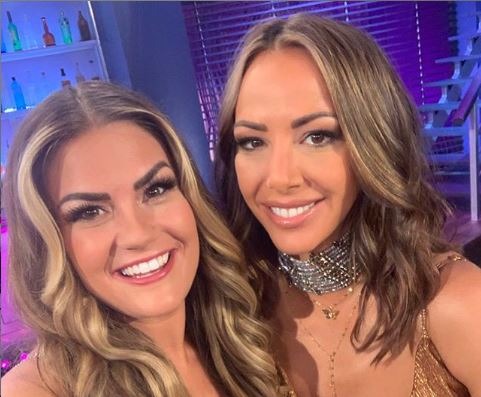 Kristen Doute simply shared that she was single once again. This lets the world know for the first time that things were over with her and Carter. There have been a lot of rumors that they didn’t work. Somehow, she was able to keep it quiet until the reunion.

Back in January, a producer of Vanderpump Rules hinted that there were some problems with Kristen and Carter. Stassi revealed that he didn’t pay any rent and that things were not great in their relationship. It doesn’t really shock anyone that they made the decision to call it quits. It will be interesting to see who Kristen Doute ends up with next.

Other couples are doing better than Kristen and Carter. Scheana Marie is still doing her thing with Adam, but they aren’t actually dating. Jax Taylor and Brittany Cartwright are engaged and getting married very soon. Stassi is still with Beau as well. It sounds like they will probably be the next couple to get engaged.

an embarrassing dose of inebriation on tonight’s #pumprules 🙈🍷

Right now, Tom Sandoval and Ariana Madix are still together. These two may never get married. Ariana makes sure the world knows that she doesn’t want marriage.

Lala Kent is still with Randall Emmett. They did touch on the fact that he isn’t on Vanderpump Rules. He does socialize with the cast but isn’t on the show. Lala and Randall are engaged, but not getting married until 2020. Everyone seems to feel like he should join the show, but for now, Randall is keeping his distance.

Are you shocked to hear that Kristen Doute and Brian Carter broke up? Share your thoughts in the comments below. Don’t miss the rest of the Vanderpump Rules reunion on Monday nights on Bravo. Things are going to get pretty wild in the upcoming episodes.

‘Welcome To Plathville’ Olivia, Kim And Barry Have A Serious Talk
Savannah Chrisley Secures Her Back-Up Baby Daddy: Who Is He?
Hallmark’s ‘Sister Swap’ Christmas Movies Are Williams Sisters Fun
‘General Hospital’ Does Peter August Have An Evil Twin?
‘RHOBH’: Brandi Glanville & Kim Richards Refuse To Speak To Each Other, What Happened?