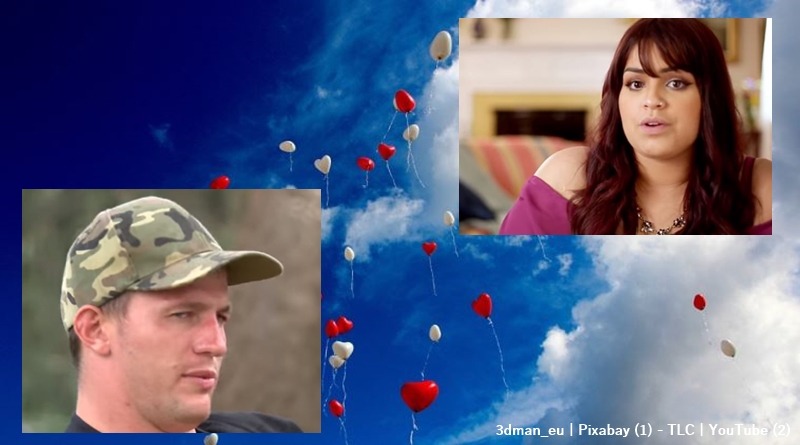 90 Day Fiance recently released their preview for the upcoming 90 Day Fiance: The Other Other Way. The spinoff’s set to premiere in June this year. The TLC show includes some unlikely couples that involve Americans moving away from home to make a new life with a foreign partner. One of those couples is revealed to be Tiffany of Frederick, Maryland, and Ronald, her fiance from South Africa. However, spoilers from the preview show that Ronald comes with a shady background. This article contains spoilers, be warned

90 Day Fiance: The Other Other Way, Tiffany’s son’s part of her equation with Ronald

People described each of the couples, and it seems that Tiffany and a friend got together for a trip to South Africa. On their travels, she met Ronald and they quickly fell in love. In fact, Ronald certainly popped the question fast enough and Tiffany said “yes.” Engaged, Tiffany’s not totally sure that Ronald’s squeaky clean, despite him entering a rehab program.

When he proposed to Tiffany, Ronald kind of forgot to tell her he has a criminal record and a gambling addiction. Nevertheless, Tiffany never dumped him instantly but needs to work on trust issues. Plus, she needs to factor her son into the equation.  Actually, she faces a  dilemma with her son, Daniel, age eight. That’s because it’s a big ask to remove him from everything he knows back home in the States, and take him to a new country with a different culture.

Spoiler alert, the worries faded somewhat as Tiffany and Ronald ended up married

Digging around on the Internet, Starcasm uncovered loads of photos indicating the couple married despite Tiffany’s fears. The ceremony took place on  October 20. In fact, Starcasm noted, “There are lots of wedding photos online, and they include Tiffany’s eight-year-old son Daniel.”

The outlet also noted that “As recently as last month the two were saying [that they love each other].” Therefore it could be assumed they managed to get it together and keep it together.

The other couples in the 90 Day Fiance: The Other Way show

The other couples facing similar dilemmas as Tiffany and Ronald include Laura and Aladin. TV Shows Ace noted that she needs to think about coming out of a retired live in Florida to take on a new culture in Qatar. Actually, Aladin’s much younger than her as well.  Then, there’s Jenny and Simut with a 30-year age difference, Corey with his Evelin who does not wish to leave Ecuador, and Jihoon and Deavan. Jihoon hails from South Korea.

What do you think about Tiffany marrying Ronald, the South African with a bit of a shady background? Do think she took her son Daniel across to South Africa permanently? If Ronald kept secrets once, will he keep them again? Sound off your thoughts in the comments below.