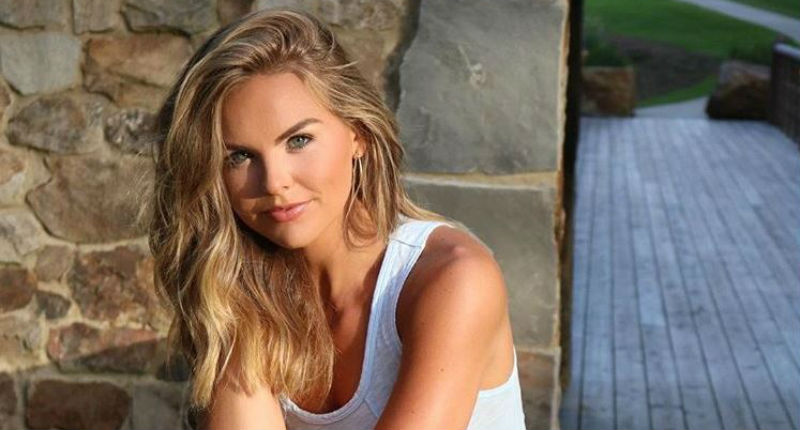 The new season of The Bachelorette kicks off Monday night as Hannah Brown begins her search for love. As the premiere gets closer, details are surfacing about the men who are competing for her heart. One man in particular has a very interesting past to tell.

According to his bio released by ABC, Matteo is a sperm donor in his spare time. Through the donor program, Matteo reportedly fathered 114 children for all types of families.

Aside from being an apparently very fertile 25-year-old, Matteo is also a mechanical engineer. He earned his degree from Georgia Tech and is working on getting a virtual reality startup off the ground. His official career title for the show is management consultant. Matteo’s Instagram, although set to private, shows him being a mental health advocate and fitness enthusiast.

His bio shares he has grown up living all over the world in places such as Austria and Kenya. Eventually, his family planted their roots in Atlanta and this where he calls home. Since Hannah is also from the south he and The Bachelorette should have lots to talk about.

Matteo shared a few other interesting facts about himself on his bio. He says if he could have any job in the world it would be a firefighter. He also admits the number one item on his bucket list would be to escort someone to a ball inside a castle. Lastly, Matteo admitted to having chugged a gallon of milk in under ten seconds for a talent show.

What is Hannah looking for?

According to a past interview with US Weekly Hannah said, “I would love to have that opportunity to meet somebody. That’s the desire of my heart – to be married and to have a family. I think that can happen on a television show or at a coffee shop and it’s going to happen for me someday. I’m not going to keep putting a timeline on it, but it’s gonna be somebody who chooses me and I’m gonna choose them back too.”

Hannah made her first appearance with The Bachelor franchise this past season when Colton Underwood was the lead. She finished 7th. It is unusual for someone who did not finish in the top three to get the lead role. Bachelor Nation is excited to see if Hannah can find love on her journey. The season premiere of The Bachelorette airs May 13 on ABC.