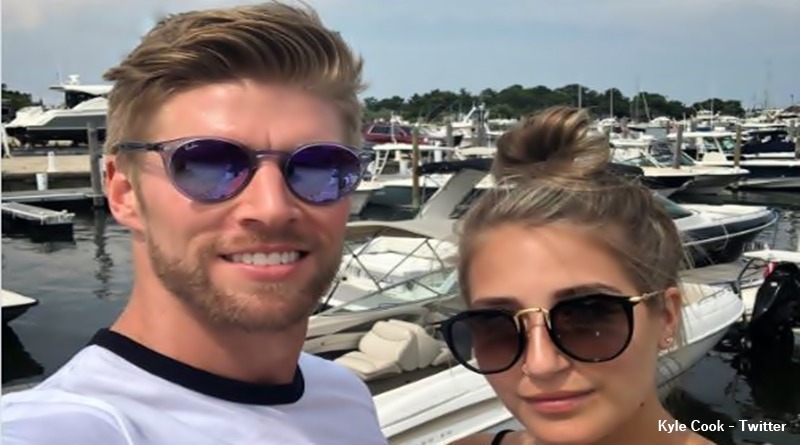 Summer House fans love the Bravo show as it’s not as ‘scripted’ and over-the-top dramatic as Vanderpump Rules. However, in Season 3, Episode 10, it seems there’s finally a connection. It certainly looks like Kyle Cooke’s a lot like another Tom Schwartz. After all, both of them claimed about cheating, that they blacked out and don’t remember.

TV Shows Ace reported last week that Hannah Berner said the second half Summer House Season 3 would heat up. They noted that Hannah obviously…[is] really careful of leaking upcoming episodes. However, she does promise us that “the drama just gets ten times more, the second half of the season.”  This arose from Hannah’s interview with podcaster Danny Pellegrino.

It all revolves around Kyle cheating on Amanda. Although there are newcomers this season, the main focus at the moment centers around Kyle Cooke and Amanda Batula. Then, Lindsay Hubbard gets involved and the cheating drama spirals. The basic storyline is that quite well-off friends share a summer home on Montauk, New York. Their parties are awesome, but there’s a lot of drinking which causes problems.

In this week’s show of Summer House, Kyle and Amanda got into a big fight over the cheating allegations. Everyone’s like ‘oops give them some space.’ Then they all go upstairs and gather on the balcony where they hear everything going down. Anyway, Kyle ends up saying that “man is not made to be monogamous,” which is not the best way to deal with someone that you put a ring on.

Fans may recall that Tom Schwartz came with the excuse he blacked out when he cheated on Katie. US Weekly reminds us that Lala Kent spoke to Scheanna Maria and Ariana Madix last year, about “her friend [who] made out with Schwartz when he was wasted during a trip to New York. However, Schwartz claimed he was “intoxicated and “could not confirm or deny if the alleged makeout happened or not.”

Now, the same thing happened with Kyle on Summer House. He too claims he got drunk and “blacked out” and can’t remember. Actually, alcohol seems a bit of an issue with Kyle, although much like Schwartz he’ll probably deny that. Nobody else seems to want to tell him that he needs to slow it down either.  Anyway, it seems to work for Amanda who goes from her being too good for him to loving him again all in a matter of minutes.

What do think about Kyle using the same old feeble excuse as Tom Schwartz on Pump Rules? Do you think it’s far too convenient an excuse for cheating? Sound off your thoughts in the comments below.

Remember to stay in touch with TV Shows Ace for more news about Summer House.