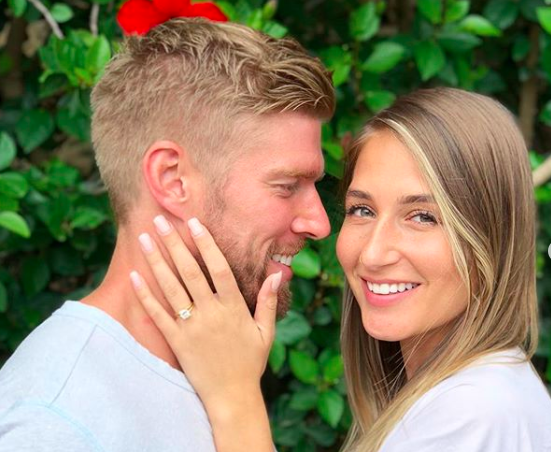 There is nothing more relaxing than watching attractive, wealthy people cause trouble.  Add a little Whispering Angel Rose to the mix, and the screen lights up with many disasters.  It soothes the soul.  This combination can be found Monday nights on Bravo.  Eight friends share a summer home on Montauk, New York, drink heavily and cause problems.  Summer House is a simple but brilliant premise.

This season the main players are Kyle Cooke and Amanda Batula who are a couple, Lindsay Hubbard, Danielle Olivera, and Carl Radke.  These characters viewers are familiar with and have seen wreak havoc on Long Island in previous seasons.  Newcomers this season are Paige DeSorbo, Hannah Berner, and Jordan Verroi who know each other from working for the same Manhattan-based media company. With established rivalries already in place, new issues are simmering just below the surface.  It is only the second episode of the season, but things are already getting tense.

Overly tanned, eternal frat boy Kyle has brought his beau, Amanda to the share house for a second summer in a row.  He has also made the power move and claimed the master suite.   A bit high up on our horse are we?  In any case, the two appear to be getting pretty serious, together for two years and still in talks about moving in together. Viewers are aware that late last year the couple became engaged in real life. The ring looked beautiful, and the couple appeared genuinely happy.  Genuine happiness does not good television make.  As it turns out there are allegations of Kyle cheating on Amanda that Lindsay is dead set on revealing to the world.

Doing PRESS for my BOOK — “The 17 Page Email”! 📖 Can’t wait for you guys to read it. I never thought I could write a novel but I surprised myself with how much I had to say about the #SummerHouse reunion. Just comment below to preorder a free copy! 🤓 @bravotv #bravo

Cheating is a damaging and dangerous accusation to make against someone.  Many times in relationships this is the kiss of death and proves insurmountable.  Perhaps indiscretions should remain between the couple.  Power to them if they want to work through it but, Lindsay can’t seem to let go of this.  She seems codependently involved in a friendship with Kyle, and he doesn’t reciprocate.  Kyle wants his blonde drinking buddy, not Lindsay the ethics police.  It came to light in teasers that Lindsay’s ex-Everett was the whistle-blower regarding Kyle’s poor behavior.  Is this just a move for Lindsay to stay close to a boyfriend she isn’t over?

Rather than talking to Lindsay directly about her shady and frankly cruel behavior toward Amanda, Kyle took the road less traveled.  Some of this behavior involved cropping Amanda out of photos on social media and unfollowing of the couple’s respective Instagram pages. Yikes.  There was also some late night loud music played by Lindsay and Danielle to irritate Kyle and Amanda.  What is this a seventh-grade slumber party gone awry? Even the pink wine feels a little naive in the context of these muppets.

We’re ridin’ back out to the hamptons tonight 🚘 with an all new episode of #Summerhouse at 10/9c right after #PumpRules! @jordanverroi ry needs to teach me how to use Bluetooth! 😂 @bravotv

Kyle, 35-year-old man and mullet wig wearer responded to Lindsay the way all adults do, with a 17-page email! Yes dear, reader, 17 pages.   The average person zones out after about five sentences of email.  It is unclear what exactly Kyle thought this might accomplish.  Rather than meet for coffee and hash it out with words and a conversation, Kyle drafted his magnum opus of crazy. Arrested development makes such great tv. The two brushed their beef under the rug for now, but it is only a matter of time before the dust under the rug becomes a mountain.  We can’t wait.

Watch Kyle, and the other stunted adults cause trouble in Montauk Monday night’s on Bravo on Summer House.