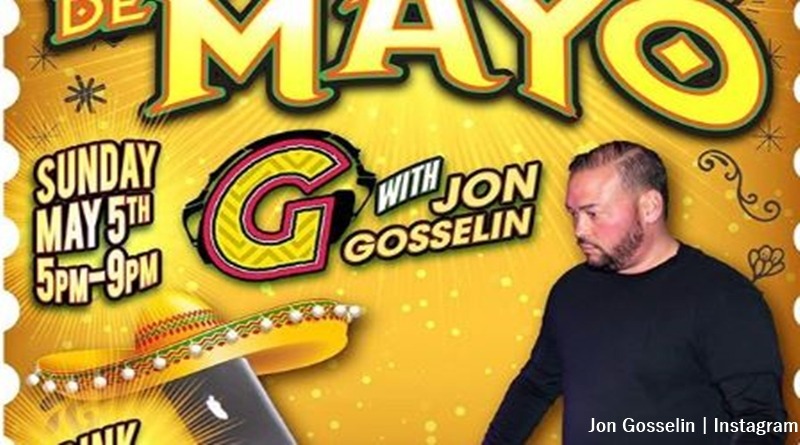 TLC’s Jon and Kate Plus 8 changed its name to Kate Plus 8 just two seasons after the TLC show premiered in 2007.  Jon Gosselin and Kate divorced and the kids all stayed with Kate. Since then it looks like he got back custody of Collin and his daughter Hannah. It also looks like he never made it to the top of the most-wanted job since his days of reality TV. Recently, he DJed at Chili’s Cinco De Mayo, and fans got shook up when he popped onto their Instagram feed. Many of them reacted.

John Gosselin took to his Instagram ahead of the weekend and announced his DJ gig at Chili’s Cinco De Mayo. Fans of TLC’s  Jon and Kate Plus 8 and Kate Plus 8 got a bit of a surprise when he popped up advertising it on Instagram. If you don’t know, the event advertised was at the Chili’s Grill & Bar in Wyomissing, Pennsylvania. Vice reported that people could go along and party for about four hours to “commemorate the Mexican Army’s unexpected victory at the Battle of Puebla with $3 Coronas, $4 margaritas.”

Vice also made mention of the fact that Jon Gosselin, who once said his “fame” would not go away, was the “DJ…in charge of making the guests forget that they’re getting day drunk at a chain restaurant down the street from a credit union and the Patient First urgent care.” However, it seems Gosselin, since his debut as a DJ reported by TMZ, is locally popular. However, for those fans who don’t see him often, the idea’s simply mind-blowing.

The varied career of Gosselin

Since Jon left the show, he tried his hand at a lot of different things. First up, he managed to stay in the tabloids over the very not-amicable split from Kate for a while. In case you don’t recall it, their show covered them raising twins Madelyn and Cara, and sextuplets Hannah, Aaden, Joel, Leah, Alexis, and Collin Gosselin. Jon then cooked in one of the kitchens for TGIF on Friday nights for a while. He also did part-time work as a chef at a restaurant. However, his dream was to be a DJ.

It looks like he managed that as Entertainment Tonight reported in March last year that he said he’s “a member of the Senate DJ group.” He helps promote things and he likes “looking after people,” Jon told Entertainment Tonight. He also ended up in another ET report over something he worked at in a strip club where he didn’t actually strip.

It looks like most fans of the show recall they always thought he’d likely end up with a nothing-burger career. Here’s how some them reacted to news about the latest gig:

What do you think about Jon Gosselin of Jon and Kate Plus 8 ending up as a DJ? Sound off your thoughts in the comments below.

Remember to check in with TV Shows Ace often for more news about TLC shows.