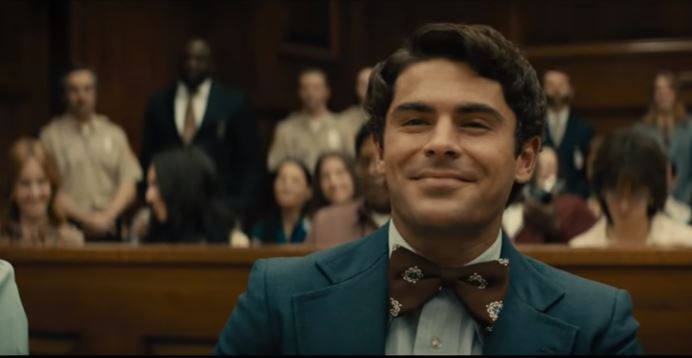 The murders of Ted Bundy have been somewhat of a hot topic recently. This is due to the recent release of The Ted Bundy Tapes. Now, Netflix has taken it a step further by releasing a movie, Extremely Wicked Shockingly Evil and Vile, about the whole situation. Zach Efron played the role of the famous serial killer. However, it’s really more than just what Ted did, and more of what his girlfriend at the time did.

First things first, Zach Efron did an amazing job at playing such a horrible human. He was just charming enough when he needed to be, but also very, very creepy when he needed to be. Much like the real Ted Bundy. he convinced others that he was just a great person and kept everyone away from suspecting him.

However, he didn’t keep his girlfriend from suspecting him, and that’s really what Extremely Wicked, Shockingly Evil and Vile is about. Instead of taking the normal approach on the story of going through every girl Ted murdered and how he did it, Netflix took a different route.

Viewers don’t actually see Ted murdering his victims. Instead, the story of his girlfriend is followed. From her being a mom, to Ted denying everything, to actually calling the police and giving Ted’s names herself, we learn a lot about Elizabeth Kloepfer, AKA, Liz.

The whole movie was eerie and kept viewers on edge. Most probably already knew the end of the story. It was still interesting to see another side played out in a movie.

Not only do we learn more about Liz, but Ted’s other woman, Carole Anne Boone. Carole was in love with Ted (Zach Efron) much like everyone else who didn’t believe he was guilty. Come to find out, Carole is actually pregnant with Ted’s baby.

While this was the true story of Ted Bundy, it was interesting to see it played out in a movie. Compared to the Ted Bundy tapes, the audience could better envision what was happening. Not to mention, the actors in the movie did a great job portraying the characters and their real emotions, or lack thereof.

Have you seen Extremely Wicked, Shockingly Evil and Vile yet? What did you think of Zach Efron’s portrayal? Let us know in the comments and visit Tv Shows Ace for all your TV news!