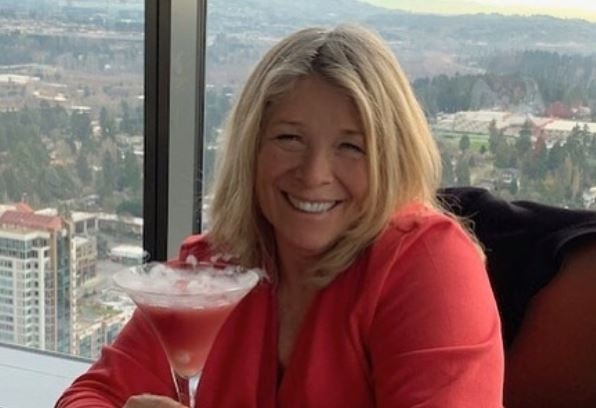 It has only been weeks since Married at First Sight wrapped up Season 8 and celebrated the reality hit’s 50% success with couples AJ Vollmoeller and Stephanie Sersen and Keith Dewar Kristine Killingsworth making the commitment to stay in for the long-haul.

Last week, the North Carolina location for Married at First Sight Season 9 was spread out to the world. On May 1, major entertainment outlets, including People and E! Online, introduced the new prospective forever couples to the world.

Here are the new couples that Married at First Sight fans will be rooting for on June 12. Luckily, Lifetime didn’t make fans wait long between seasons.

New seeds of love, one same name for Keith and Iris

Keith Manley and Iris Caldwell are one of the most unique pairings.  They are similar and different at the same time and look like they could be models for the wedding cake topper. Keith is 27, and his parents have a tried and true marriage of 30 years.  Iris is also 27, but her parents divorced when she was three.  The bride is Married at First Sight’s first virgin.  That status could make this marriage very unique, but could also pose a problem for Keith. He wants to have children “immediately.”  Fans will remember that Keith and Kristine from last season are still grappling issues of having children sooner versus later.  The Keith from the coming season admires Beyoncé and Jay-Z as a super couple. Iris sees herself as a constant giver to others.

If passion is any indicator, the new couple can be inspired by last season’s Keith and Kristine.  The Married at First Sight favorites not only enjoyed passion in bathtubs made to look like champagne glasses, but they also pleasured themselves in one of the rooms at the decision day location.

Gregory Okotie is 32 and was drawn to Married at First Sight because of its qualified experts. It was also because of its success rate in pairing couples.  Gregory is from a devoted single-parent household in Maryland and has enjoyed extensive travels.  His introduction describes that he has done “endless soul-searching.” He has a very strong relationship with God.   He is very interested in STEM and ready to find a committed relationship, hopefully with his new bride, Deonna McNeil.

Deonna is already a catch,  At just 30, she already owns her own home, has career success, and also has a passport of rich travels.  Her parents are still happily together, and she is aiming to find her lifelong partner.

There's more to love about Wednesdays! 💕Catch a new season of #MarriedAtFirstSight on a brand new night June 12th at 9/8c. pic.twitter.com/YGQDOoeW37

Will Amber and Matthew travel long together?

Matthew Gwynne and Amber Bowles are another very interesting match, who also has its share of challenges.  Matthew 32 and his travels as an international basketball player take him all around the world.   His international athleticism also means that the tall, handsome groom is away from home for long periods.  Matthew had a stable and happy home growing up, but his parents have recently divorced.

Amber is 27 but has already done a lot of growing and learning.   Her mother came out as a lesbian when this bride was just four-years-old. They then relocated to Massachusetts to find greater acceptance. Amber likely had to learn to stand up for herself early, so it’s no wonder that she describes herself as “strong-willed bossy, and a little bit sassy.”  She and Matthew may get along fine because of her tomboy nature. This Married at First Sight woman has a soft, romantic side, too. She describes wanting a “cheesy TV movie ending” to her love story.

At 35, Jamie Thompson has only found frustration dating the traditional way.  He is ready to see the world, but won’t apply for his passport until he has a partner beside him.  In many ways, he and Elizabeth Rice, 29, look like a movie couple, but only time will tell.  She devotes a great deal of time to her personal self-development.  While that may put her in touch with her own needs, it may mean she will have a hard time moving into life as “we” rather than “me.”

Married at First Sight is a bold experiment and a leap of faith that always proves to be a lesson in life for the hopeful couples.  Along with Pastor Calvin Roberson and Dr. Pepper Schwartz, Dr. Viviana Coles will come aboard for Season 9, taking the place of Dr. Jessica Griffin on the show.  Dr. Jessica is following her own love story and making wedding plans with former Married at First Sight groom, Jonathan Francetic.  Jonathan was spurned in every sense by Molly Duff. His current romance is proof that everything happens for a reason.

Season 9 of Married at First Sight is sure to give fans many reasons to tune into another adventurous ride for these four couples.  The new season premieres June 12, with a couples’ special airing before the two-hour premiere on Lifetime.