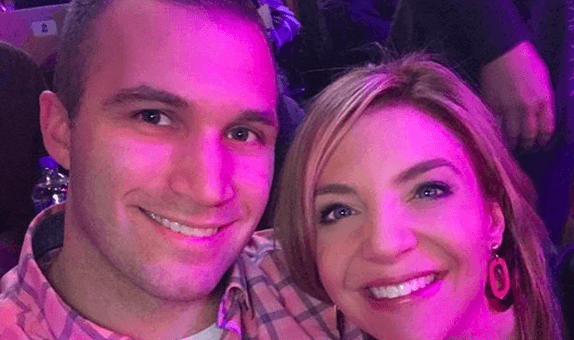 Dr. Jessica Griffin has played a prominent role as a marriage counselor on Married at First Sight. Fans of the show have come to love her and have gotten used to seeing her on the show. Next season, there will be some changes made though. One of these changes is Dr. Jessica leaving the show.

In Season 6, she got into a relationship with her castmate, Jon Francetic. Because of this relationship, she is choosing to leave the show to focus on him. She also wants to take care of her family. It seems that being on the show was making this a challenge for her.

One of the couple’s friends shared, “Jessica and Jon are very happy together. She wants to focus on her family and their relationship.” From what it sounds like, Dr. Jessica didn’t lose her job and she wasn’t unwanted. She simply had to make some choices and prioritized her family and relationship.

On social media, Dr. Jessica is getting lots of comments from fans who want her to stay. They are saying that the show won’t be the same without her and that they will miss seeing her on the show. Though she will be missed, it seems like this is the best decision she could make for her relationship and family.

During Season 6 of the show, the couple met, but this wasn’t the original plan. Jon is a financial associate. He was matched with Molly Duff, who is a commercial insurance adjuster. This wasn’t working out for them though so they decided to back out on decision day. Once the show was finished filming, they officially got a divorce.

After that, Jon and Dr. Jessica got together. A friend of the couple shares that they waited five months after the show ended to begin dating. Once the announcement went public, the two began sharing relationship updates and cute pictures on social media.

It looks like Jon and Dr. Jessica are getting along really well. He even seems to love her children, who are from a previous relationship. She bragged about him on social media and shared how he takes great care of the kids.

My #mcm goes out to this guy @jon_francetic who cancelled his entire day today, dropping everything to go pick up my sick kid after the school called that he had gotten sick in his class. Of course, true to Murphy’s law in the parenting world, I had huge annual training for my trauma center(so I couldn’t get there in time) and he spent day sending me pictures and updates and reassuring me until I could get home to my little guy. I know you never planned on signing up for the glamorous life of Lysol and five year old tears — yet you always have my back and make my heart expand in ways I never thought possible. 💗(Throwback photo from my son’s special someone dance – Jon was his “special someone” – kid’s got good taste.) #mancrushmonday

At this time, the couple hasn’t announced an engagement or plans for a wedding. It looks like they’re pretty serious, especially if he’s involved with her kids now too. It’s likely that they’re going to be together a lot longer.

What do you think about Dr. Jessica’s decision to leave the show? Will you miss her, or are you ready for a new face? Share your thoughts in the comments below!