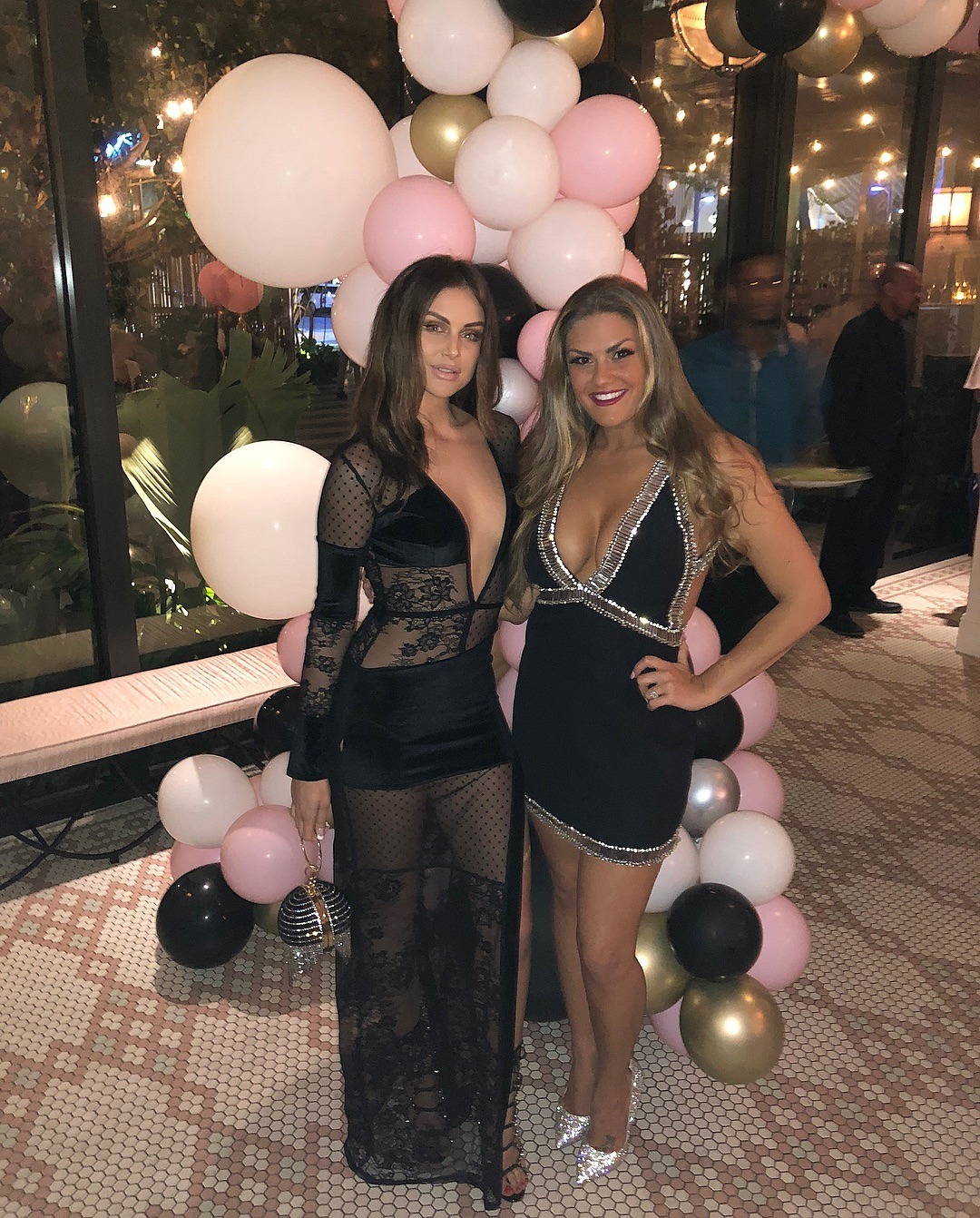 Vanderpump Rules stars and fans are getting ready for a wedding. SUR bartender Jax Taylor and SURver Brittany Cartwright are walking down the aisle in Kentucky on June 29. Part of the Season 7 finale showed Brittany picking her bridal party. Kristen Doute, Stassi Schroeder, Ariana Madix, Katie Maloney and Scheana Shay have all previously been confirmed as bridesmaids.

During the Season 7 finale, Brittany broke the news to co-star Lala Kent that she wasn’t included in the bridal party. Brittany assured Lala that their friendship meant a lot to her, but she just couldn’t add another person to what was already a huge bridal wedding.

Things have changed since that conversation was filmed. Sources say there’s been a shakeup in the wedding party. Now Lala will be a bridesmaid in the wedding, after all. Brittany is a people pleaser and was torn choosing bridesmaids in the first place. Perhaps she had a change of heart.

Lala’s exclusion from the wedding party wasn’t the only source of drama. Co-star Kristen Doute revealed on the Vanderpump Rules After Show that she was shocked that she wasn’t chosen as the Maid of Honor. Brittany’s long-time friend Cara Maria was chosen for that role. Katie Maloney was given the title Matron of Honor for the wedding. Brittany was, after all, a bridesmaid in Katie’s wedding to Tom Schwartz.

Lala confirmed the news to The Daily Dish podcast. She revealed that Brittany had asked her over the New Year’s Eve holiday and said it  “was the most epic day ever.” Now that Lala is an official member of the bridal shower, she let it slip where the ladies are having Bachelorette Party #2: Paris! Jax’s twitter confirmed this when he said the couple won’t be attending this year’s Kentucky Derby. He said Brittany and her girlfriends were heading to Paris while he went to Michigan.

The news that Lala is will be in the Vanderpump Wedding of the century wasn’t her only headline this weekend. Her fiance, Randall Emmett, was involved in a Twitter Feud with rapper 50 Cent over money. 50 Cent claimed that Randall owed him 1 million dollars and gave him until Monday to pay.

50 Cent dragged Lala into the fight by posting a clip of her discussing how Randall gave her a new car after they spent the night together on their first date. The feud ultimately ended with Randall making good on his loan and 50 Cent deleting all the relevant tweets. 50 Cent immediately started a new Twitter war with Kanye West by making fun of him for wearing sweatpants from his own Yeezy clothing line. Kanye has yet to respond, but there’s no way he can beat “I’m sorry, FOFTY.”

If you took an ill-advised social media cleanse this weekend, you can catch up on the hilarious feud here. Remember, kids: the Internet is forever.

Part 1 of the Vanderpump Rules Season 7 reunion airs Monday on Bravo Check out the trailer.