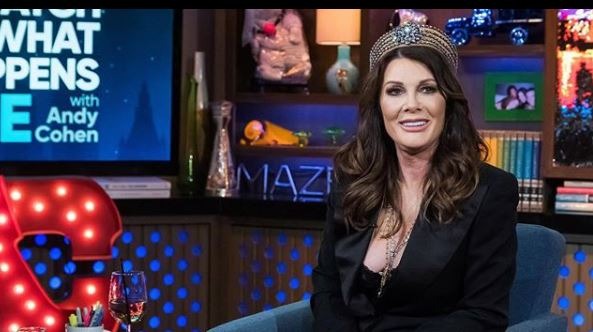 Vanderpump Rules fans, a while back, saw a tweet by Jax Taylor, that described the reunion as possibly the wildest, and “craziest” ever. Now, with Season 7 of Vanderpump Rules ending, we look forward to the three-part reunion. Hopefully, we won’t need to hear Britany yelling “I’M Engaaaaaged!” But, from the first trailer, it looks like she’s still yelling, and not joyfully. Meanwhile, in what promises to be a smoking-hot episode, Lisa looks like she’s losing control.

This season of the Bravo show brought some dull moments – for Vanderpump Rules – that is. We saw the drama of Jax and Brittany’s folks and then Brittany Cartwright and Jax Taylor’s engagement party. Plus, James got hammered by nearly everyone. Oh yeah and Lala returns to the hootch bottle. Apart from Jax kissing the florist which brought viewers memories of the reiki therapist from last season, there’s not much to take away that portends the “crazy” reunion Jax promised.

However, that’s until you watch the trailer for the Vanderpump Rules reunion. In a tweet on Monday night, Jax shared it, saying, “I told you this was going to be the most intense reunion ever! And this isn’t even the flag of it!” Well, it certainly looks like the cast of the show deliver the goods. In fact, tempers run smoking-hot as he goes after James for saying something about his late father. Andy Cohen has to intervene. But chaos continues.

I told you this was going to be the most intense reunion ever! And this isn’t even the flag of it! https://t.co/ecsL0CLCT3

After Brittany screaming and yelling, everyone screaming and yelling, Andy looking amazed, we see Lisa Vanderpump looking stressed. With all the shouting and aggression, she actually looks a bit like she’s losing control. The poised and stern entrepreneur is gone and she looks flustered. She turns and says to everyone, “This is going too far.” It looks like Andy Cohen took control.

It’s been a very difficult year for Lisa Vanderpump, what with all the “Puppy Gate” scandal drama on Real Housewives of Beverly Hills. Plus, she mourned her brother who passed away. She lost her friend Kyle Richards and underwent the big challenge to get TomTom launched. It seems all the aggression, the yelling, might just have tipped her, as she started crying. She said, “I have feelings too and I didn’t do well this year.”

Poor Lisa, it’s really not often you see the soft inside of this tough and determined woman. What do you think of the preview of the reunion episode? Do you think Lisa’s losing control of her employees and co-cast?

Remember to check in with  TV Shows Ace often for more news about Vanderpump Rules.

Colton Underwood Details Split With Cassie In Book’s New Chapter
‘UFO Witness’ Airs Exclusively On Discovery+
Did The Duggar Family Forget About A Recent Birthday?
Who Is Teddi Mellencamp Pulling For On ‘The Bachelor’ This Season?
Dale Moss Has One Lady In His Corner – Who Is It?