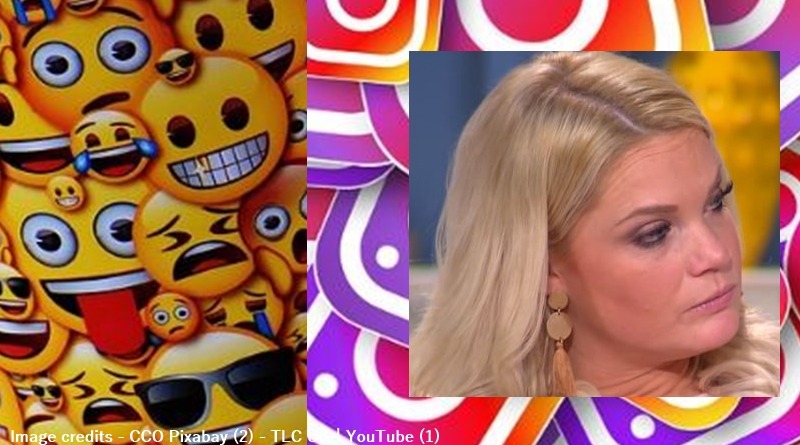 90 Day Fiance: Happily Ever After? brings back Ashley Martson, and yet a new round of manufactured drama. Or, at least that’s what fans believe. Adding to the new drama about Jay Smith being divorced and a new man in her life, Ashley took to Instagram. Reverting to her old top secret use of cute emojis to hide faces, she did that yet again. We have to ask why? After all, pretty much most people already figured out who he is.

90 Day Fiance: Happily Ever After? fans were upset Ashley’s back on the show

Many fans of the 90 Day Fiance franchise who heard the news of Ashley and Jay returning to the spinoff, Happily Ever After, weren’t happy at all. In fact, they lied about their split during season 6 of the show. They broke up and made up and told so many stories, it could take an almanac to track it all. Now, for the second time, we hear Ashley’s filed for divorce from Jay again. Plus, we saw Jay in NYC play-acting on his IG Stories about being homeless on the streets. Well, many fans think it’s all play-acting.

Too much play-acting gets fans irritated. Recently, Ashley posted stories of her and a hunky guy. Actually, she posted up plenty of photos, and not all showing the same man. As she claims a new man in her life, obviously, people would like to see his face. After all, is Ashley under some kind of contract to never fall in love again? In her latest Instagram post, she confirmed what US Weekly already reported. That is news of a new man. In her caption, she wrote,” I’m moving on with a NEW MAN…Bye Jay.” 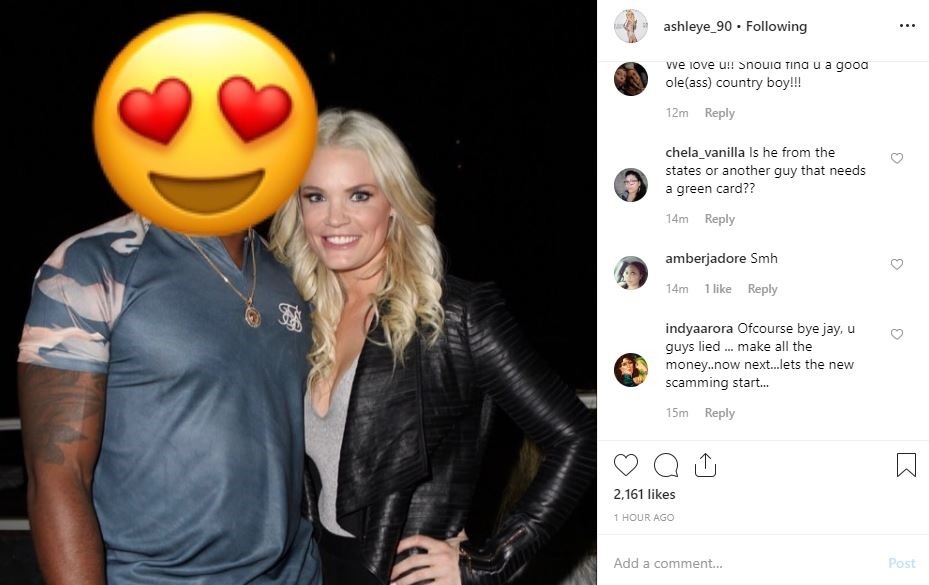 In the post, you can see that those emoji’s hide his face. But why would Ashley do that? After all, most people think they already know who he is. This came from a previous post that Ashley put up. That one, she captioned with, “I love New York 💕 @coxm29.” So, most people know that @cox29, (Michael Cox), briefly played as a running back for The New York Giants. It’s clearly him with Ashley in that photo shown below.

If everyone knows who it is, why hide his face? After all, there are several clues that Ashley’s new man is Cox. Firstly, the necklace features in several photos, and on YouTube Interviews. Plus, how odd and what a coincidence to see the mystery emoji-faced man chooses to wear shirts with the same logo as Michael Cox on his Instagram! Oh yeah, do go and explore, see if you conclude his tattoos are the same as Michael’s.

So why play games with 90 Day Fiance fans Ashley Martson?

Many fans of 90 Day Fiance: Happily Ever After? actually hope she really did move on from Jay Smith. In fact, Jay’s annoying on his Instagram Stories, always posting up showing him smoking pot as though he invented it. Either that, or he’s jiving and dancing to music like he’s 10-years-old. Mind you, if you’re in your thirties and put cute emojis on your new man’s face to ‘hide’ him, maybe you can relate to a guy like Jay Smith if your name is Ashley Marston.

What do you think about Ashey Martson hiding the face of her new man with emojis? Do you wonder why? After all, it looks pretty much that fans who think he’s Michael Cox could be correct. Sound out your thoughts in the comments below.

Remember to stay in touch with TV Shows Ace for more news about 90 Day Fiance: Happily Ever After?